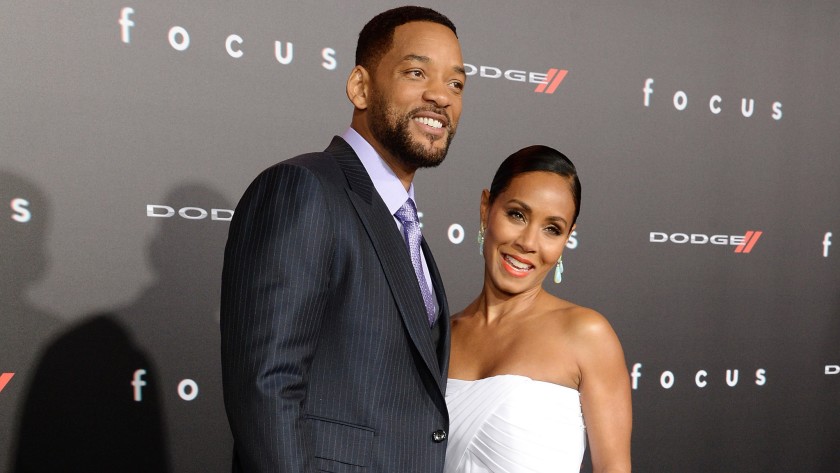 “We ride together, we die together. Bad marriage for life.”

That was what Will Smith and Jada Pinkett Smith said in unison Friday on “Red Table Talk,” referencing his 2020 film “Bad Boys for Life” as they leaned across the table to fist-bump and burst into laughter.

Jada brought herself to the table on her Facebook Watch talk show to discuss recent scandalous headlines involving August Alsina. The singer-songwriter brought the couple’s marriage into question in June when he told “The Breakfast Club” that he had been in a romantic relationship with Jada — allegedly with Will’s “blessing” — about 4½ years ago.

On Friday, Jada confirmed the relationship.

“We specifically never said anything,” Will said, talking about their initial response to Alsina’s revelation. “We were purposely not saying anything. Any headline that says ‘Jada said’ or ‘Will said’ or ‘the Smiths said’ is not true.”

Jada alluded to ongoing protests over police violence in explaining why the couple decided to come forward.

“I feel like it’s healing that needs to happen,” she said. “And I know there’s a lot of stuff going on in the world right now. Even though this is minuscule, I do feel like it’s these kinds of things that create the world that we’re in.”

About 4½ years ago, Jada said, their family began a friendship with Alsina, who was then 24. At the time, the performer was “really sick,” the couple said, both in his overall health and his mental state. Jada wanted to help.

The Smiths were also going through a rough patch and had separated.

“You kicked me to the curb,” Jada replied.

But Jada was adamant that no “permission” had been granted by Will, saying she was the person who had to allow anything to happen.