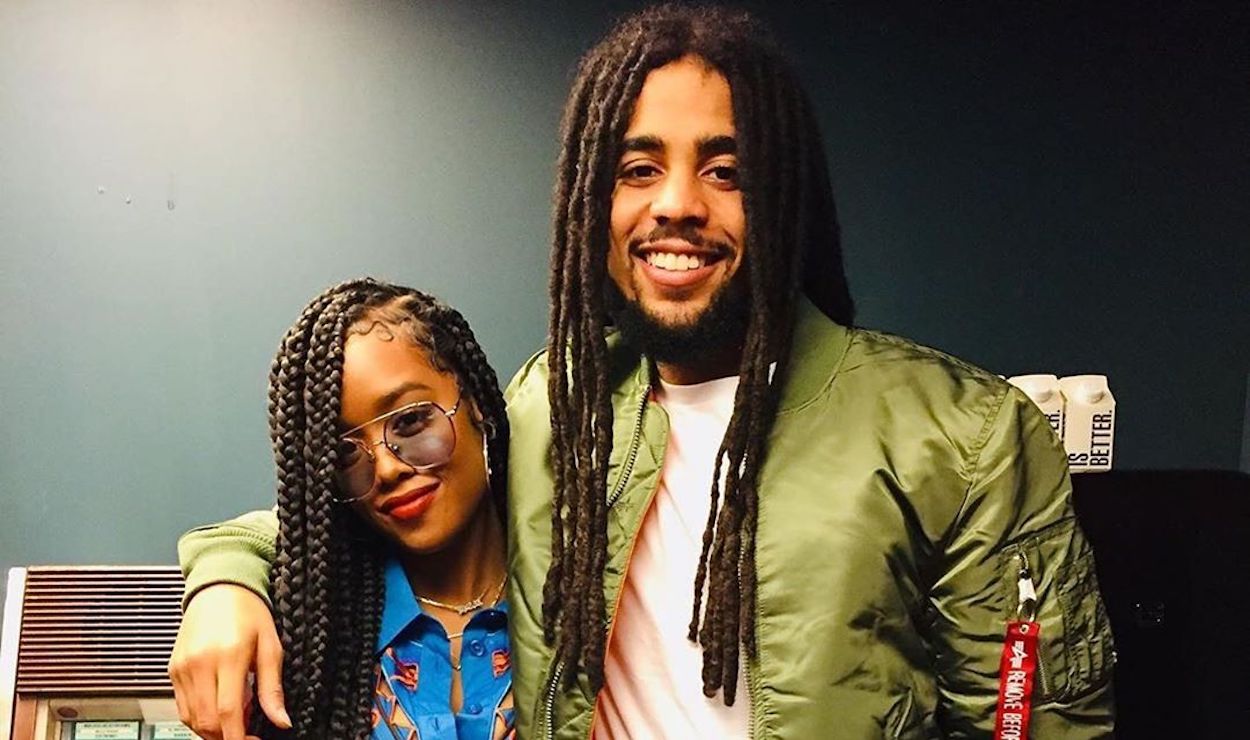 With such exotic fauna, beautiful landscapes, vibrant music, and a people with such rich heritage, it is almost a given that the island of Jamaica is one of the best vacation spots in the world. Many tourists, including many of the world’s biggest stars, have all listed the island as a go-to for anyone looking to relax, unwind and simply have a good time. The coronavirus pandemic certainly pulled on the reins of the island’s human intake. However, that has not stopped from the likes of mega- superstar Madonna and now singer/songwriter H.E.R. from jetting to the beautiful getaway just South of the North American mainland.

H.E.R. has been seriously channeling some sweet Jamaican energy ever since collaborating with reggae singer Skip Marley for their chart-topping jam “Slow Down.” The chemistry bred from their basement party encounter in the visuals for the track quickly fostered talks of a relationship between the two. A month ago, H.E.R. dropped off her brand new reggae track titled “Do To Me,” further solidifying the claims of a relationship between the two. While H.E.R. usually keeps it pretty business-like on her social media, two of her latest posts confirmed that she had jetted off to the country of her rumored love interest.

In one post, she decided to ditch her usual ‘face gear’ [her shades], meanwhile throwing on a golden, body-hugging Chinese inspired evening wear. A mini coconut plant, a curb and a step proved to be the perfect backdrop for H.E.R. to let her hair down and show off a bit of her ‘bawdy,’ something her fans are clearly not used to.

“I usually don’t… but when I do.. [Jamaican Flag],” she dropped in the caption.

While the island of Jamaica is currently experiencing heavy rainfall as a result of storms in the region, it did not stop the over 3.3m Instagram followers from getting another taste of H.E.R. She stopped hearts in her latest post when she posed up on the white sandy bay of her beachside resort sporting nothing but shades, a sundress, and her natural beauty. Some fans have been splashing the term baecation below the posts shared on her social media accounts. Neither H.E.R. nor the young Marley have confirmed a relationship much less spending time together. Nonetheless, there is also a strong possibility that social media detectives are indeed wrong, and it really isn’t Skip Marley on the other side of the camera. But if not Skip, then who?

I love it here

I just learned how to play the banjo today!!! ? catch me and @skipmarley on Fallon tonight doing our new bluegrass song that we made up on the spot. Just kidding #SLOWDOWN