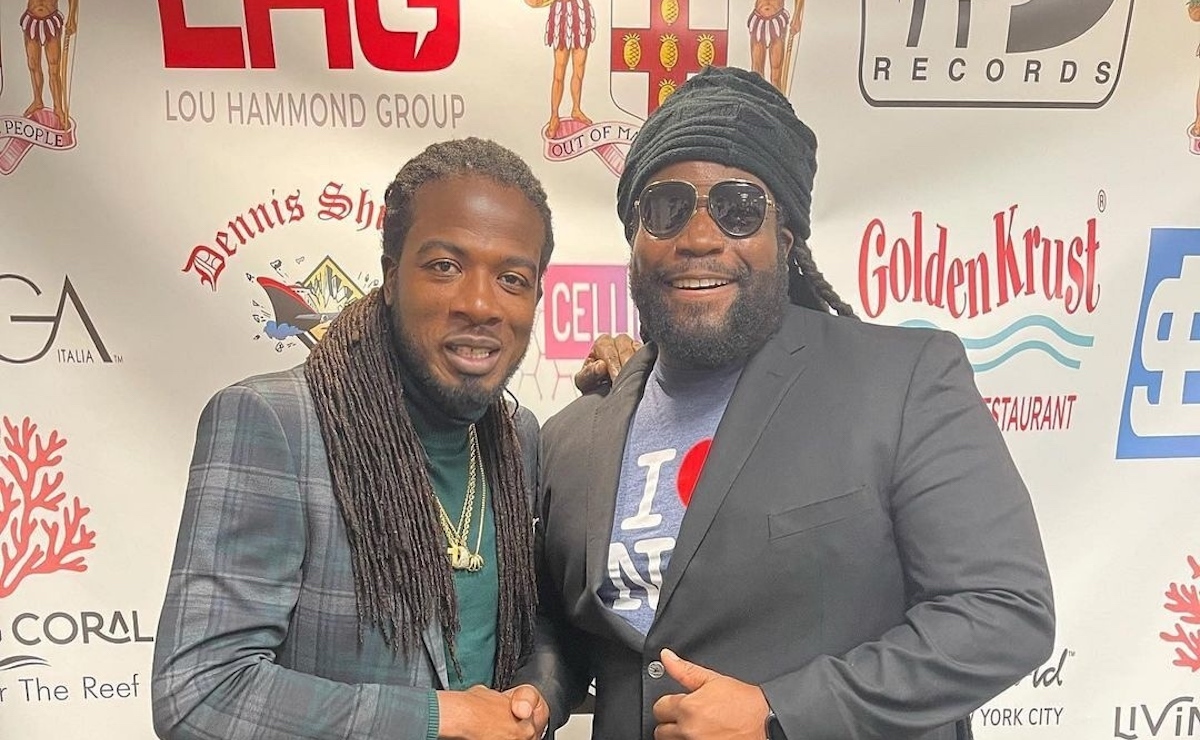 Veteran dancehall artiste Gyptian is appreciative and humbled after he received the Jamaica Heritage Award from the consul general in New York last Friday, November 5. Also honored at the ceremony was dancehall elite Shabba Ranks. Shabba’s award was accepted by Gramps Morgan in his stead.

Gyptian, whose real name is Windell Edwards, was given the award after he was recognized as someone whose efforts and sacrifices have helped to better the lives of Jamaican nationals and the development of the nation through various fields and careers, according to former Consul General Herman Lamont who spoke at the event.

“I am grateful and truly humbled to be recognised by the consul general, Mrs Alison Wilson, in New York. To her, I would like to say, Thank you for recognising my philanthropic efforts, even though I give quietly without fanfare,” he added.

The “Hold You” singer also shared that it was always his dream to be a source of relief to those in need. He said that giving back has always taken an influential role in his life, mostly because he also grew up in trying circumstances.

Gyptian also took the time out to pay homage to his label, which he praised for its futuristic approach to reggae.

“Big up VP, long time yuh know dem miles ahead in reggae, the whole staff, the whole team, all the consular officers, big up the consular same way. Gramps, big up yuhself same way. Shabba inna di house? Big up all the greats,” he said while accepting the award.

The “Serious Times” singer and Shabba Ranks were the first to receive the award in a new category of recognition. According to the current Consul General Alison Roach Wilson, the pair were the two musicians among a total of 12 awardees to receive that specific honor.

Roach Wilson also said that both musicians had distinguished themselves as beacons of hope during some of the most difficult times, including the ongoing pandemic.

Following the ceremony, he spoke with the Jamaica Gleaner and once again thanked his team at VP, “especially Michelle Williams and my manager Tameka Reynolds. Nuff respect!”

Gyptian grew up in a small community in Rural St. Andrew, Jamaica, called King Weston District, where his love of dancehall was influenced by his Rastafarian father. His mother was a Seventh-day Adventist, and the artist began his musical career singing in church with her. His parents would realize that he needed to be pushed musically and would go on to introduce him to Mr. Wong, a record producer from Portmore, St. Catherine.

In 2012, he dropped his first album called My Name Is Gyptian on VP Records. He is best known globally for his hit “Hold Yuh”, which peaked at number 91 on the Billboard Hot 100 in 2010 and No. 33 on the Billboard R&B/Hip-Hop Chart. It also got to No. 6 on the Billboard Heatseekers Songs Chart and also held the top spot on the Reggae Digital Songs chart for nine consecutive weeks.

Shaggy Collects Gold Plaque For ‘Early In The Morning’ With Kris ...