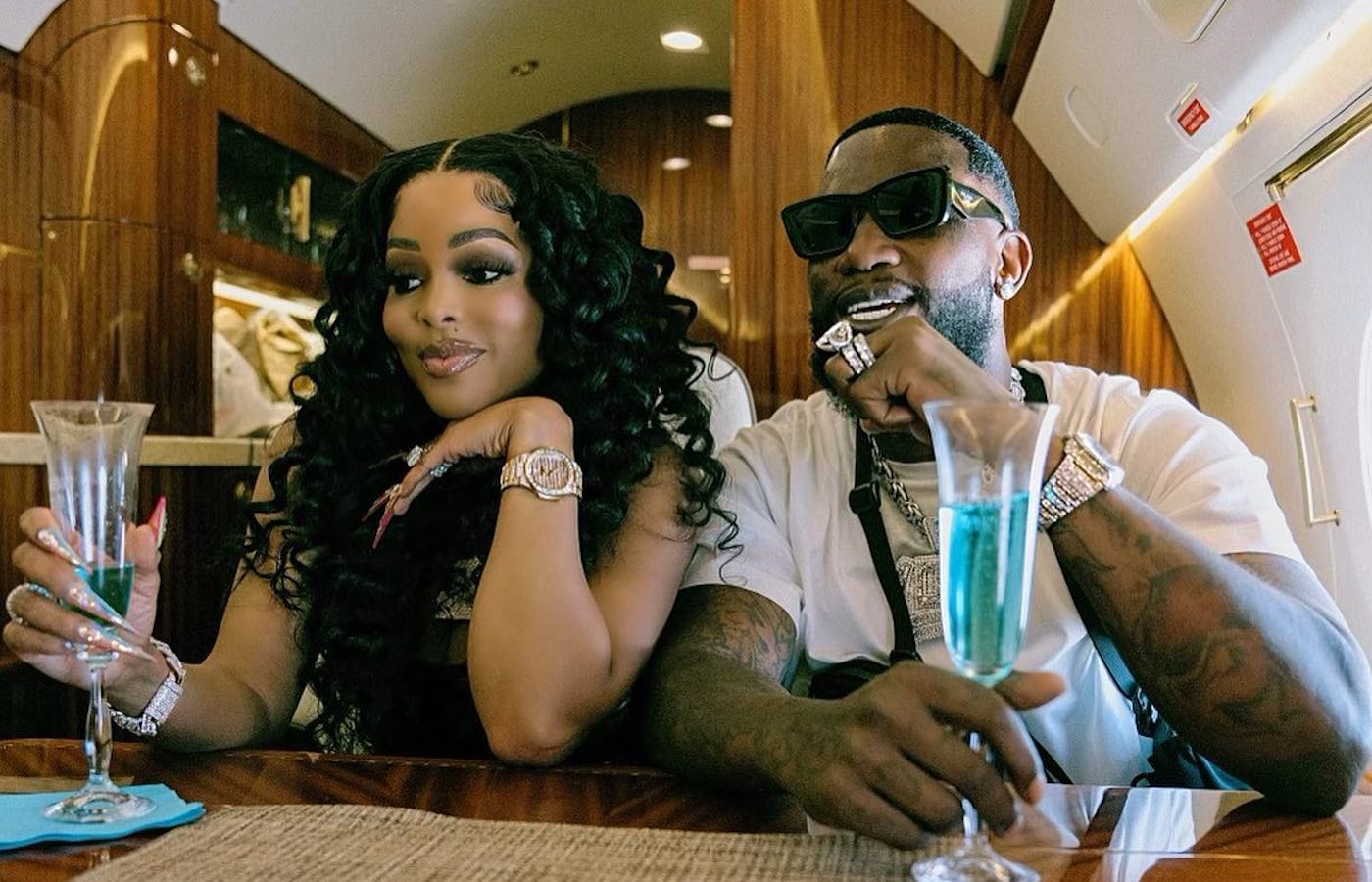 Keyshia Ka’oir is pregnant with her and Gucci Mane’s second child.

The Jamaican beauty and entrepreneur made good on her promise to give baby Ice Davis a sibling. On Friday, Keyshia Ka’oir shared a sweet video of her surprising Gucci Mane with a pregnancy test confirming she is with child. The 42-year-old rapper was in bed when she surprised him with the pregnancy test. “Let’s Have Another Baby ICE Needs Somebody To Play With,” she wrote on IG.

The pregnancy might just be an act of manifestation by the 37-year-old fitness mogul. In December last year, Keyshia Ka’oir publicly stated that she was ready for another baby with Gucci Mane. In a post reminiscing on her pregnancy with the couple’s first child, she wrote, “I need me anotha one.” She added that she missed being pregnant as she shared some photos of herself when she was nine months pregnant.

Ka’oir and Gucci, who got married in 2017, welcomed their first child, Ice Davis, in December 2020. Both of them have kids from previous relationships. Ka’oir reportedly has three kids from previous relationships, including a teenage daughter, and the rapper has another daughter. In 2017, she shut down rumors that she has three kids she left behind in Jamaica and a sister. She denied having a sister saying that she is the only girl for her parents and has three brothers, one of whom passed away.

Aside from raising a beautiful family with Gucci Mane in Atlanta, Keyshia regularly travels back home to Jamaica for charitable initiatives and vacations. In May, she hosted a charity event in her birthplace, Duhaney Pen in St. Thomas, giving kids school supplies and even adopting a young boy who lost his mother. Ka’oir pledged to fund the boy’s education and ensure he is taken care of.

“Met so many beautiful kids from my neighbourhood but DERMAYNE stood out to me the most,” she wrote. “He lost his mom recently & the list goes on! I’m going to adopt him (not legally) but take care of him.”

Keyshia Ka’oir and Gucci Mane have been giving back to kids in Jamaica through her foundation, and sources told Urban Islandz that this Christmas season, she is planning another charitable treat for kids. Her last effort brought out some local celebrities like Beenie Man, who performed for the kids.

She did not say how far along her pregnancy she is now, but Ka’oir did share videos of her doctor’s visits and ultrasounds.