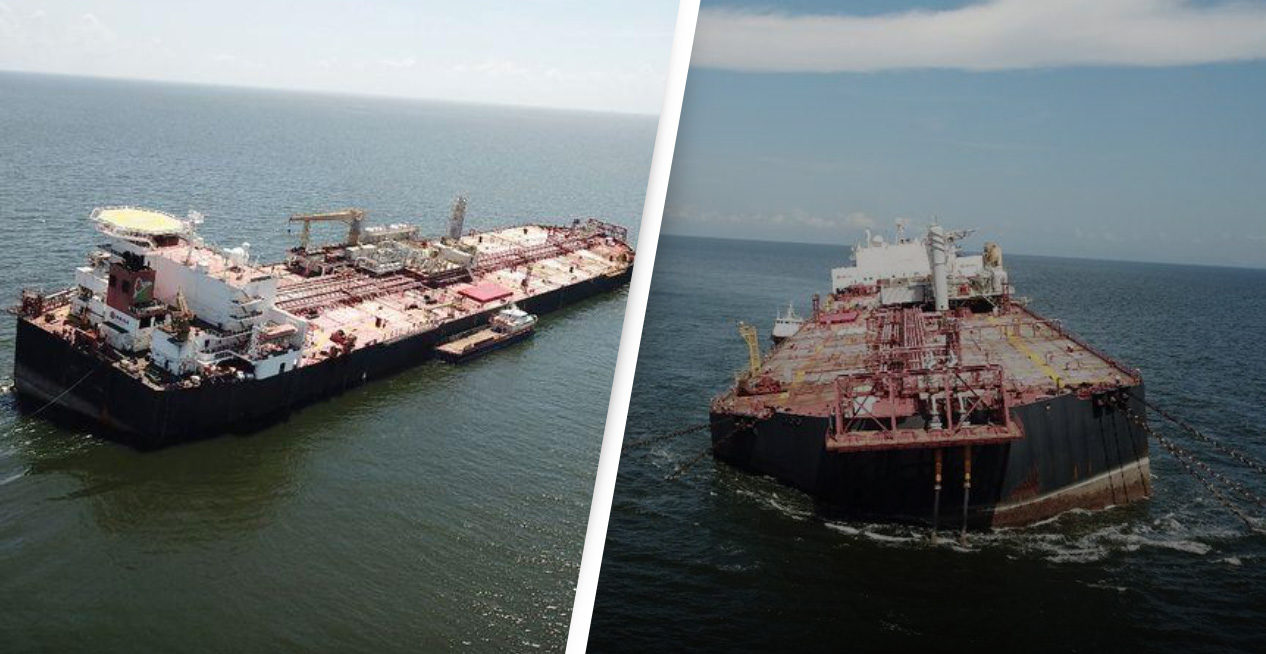 The FSO Nabarima sits between Venezuela and Trinidad and Tobago in the Paria Gulf. Following Washington’s sanctioning of Petroleos de Venezuela (PDVSA) – the firm that owns the vessel – in 2019,  its 1.3 million barrels of Corocoro crude oil have been left floating for the past two years.

However, in recent footage, the tanker appears to be sinking. Both nonprofit organisations and the US Embassy have since warned of the grave consequences should it tip into the ocean, describing it as a ‘national emergency’

Check out a video of the massive oil tanker below:

Gary Aboud, corporate secretary for Fishermen and Friends of the Sea, told Reuters, ‘If this thing flips we will all pay the consequences for decades to come. This should be red alert.’

While a source close to the matter told the outlet the vessel is undergoing repairs, hence the need for the slant, Aboud said in a video, ‘No one is doing anything,’ before calling on Trinidad and Tobago’s government to ‘wake up and do something’. Fishermen and Friends of the Sea

The country’s US Embassy also issued a statement that read, ‘The United States remains concerned by the potential risk to safety and environment posed by the Venezuelan-flagged vessel, Nabarima, in the Gulf of Paria.

It added, ‘We strongly support immediate actions to bring the Nabarima up to international safety standards and avoid possible environmental harm, which could negatively impact not only the Venezuelan people but also those in nearby countries. PDVSA has a responsibility to take action to avoid an environmental disaster in Venezuelan waters.’ Fishermen and Friends of the Sea

PDVSA has yet to comment on the recent images of the ‘sinking’ ship, most recently saying the vessel is in a ‘satisfactory’ condition back in September.

A spokesperson from Eni. Petrosucre, an Italian firm that had a joint venture with PDVSA, said the US has given a ‘green light’ to offload some of the oil to prevent a spill into the gulf. There’s no further information on when this will take place.