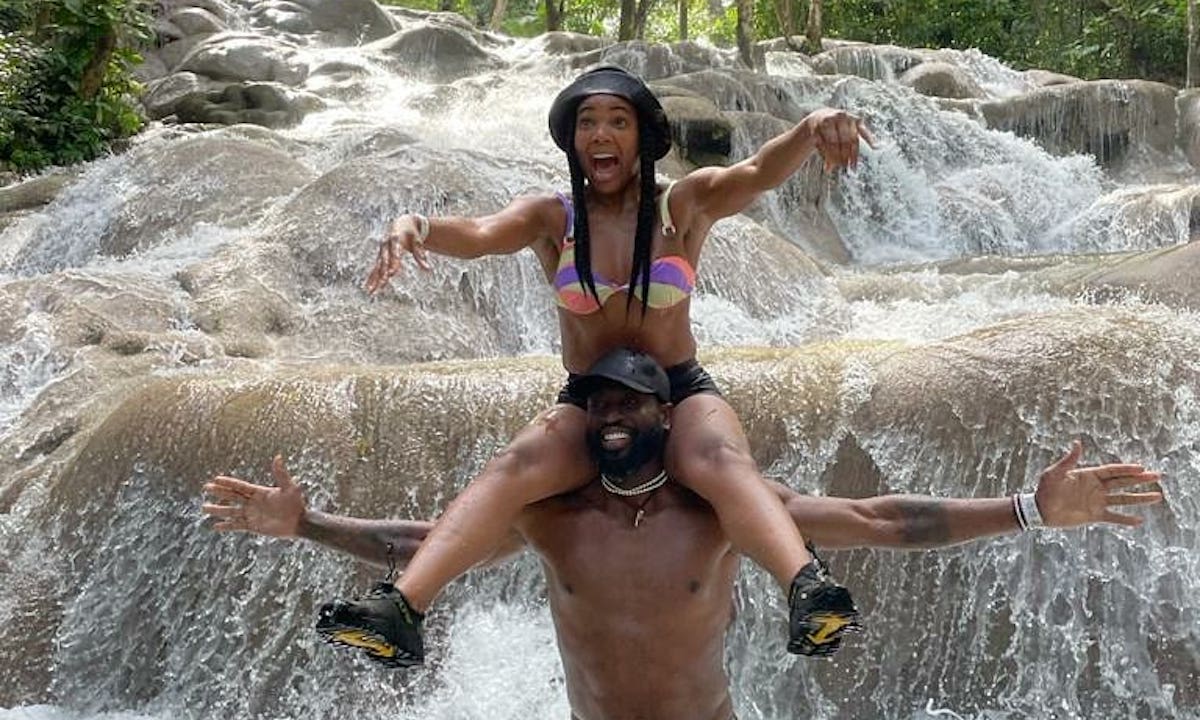 Dwyane Wade isn’t just soaking up some sun and listening to reggae music in Jamaica, but also chowing down some good food.

The former Miami Heats star is praising Jamaicans for the reception he has received while vacationing in Jamaica. The Dwyane Wade and his wife Gabrielle Union-Wade spent the last week in Jamaica as they celebrated his 39th birthday. In an interview with local journalists, Wade said this was his first time coming to Jamaica. “this is my first time in Jamaica. I’m thinking about a way bringing in my 39th birthday, a special place, I’ve never been here but heard some amazing things,” he said in the interview with he Star.

Dwyane Wade said his experience has been great. Jamaica has often been portrayed as a violent destination due to its high rate of domestic murders. However, in spite of this, the destination has been one of the number one in the world because of the friendliness and warm hospitality of Jamaicans.

The former NBA star says he felt safe, and he and his family were treated very well during their stay. “my experinence was great. Everyone treated my family and I just like family, they took care of us that way so we felt protected, safe, loved, we felt wanted here…”

Dwyane Wade also said he had an amazing experience and it was great that he was able to travel to a country where the people look like him. Jamaica is a black Christian country with about 90 percent of the population of African descent, although it is arguable that most of the population have some mixed genetics as Jamaica is known to have East Indians, whites, Asians, and other ethnicities of people from various backgrounds abroad all assimilated into the island.

The couple was spotted enjoying various activities across the island that has remained open with some restrictions during the covid-19 pandemic. Dwyane Wade says he loved the seasoned food that Jamaicans made for him. “we ate good,” he said as he praised the Jamaican cuisines he has been enjoying during his vacation on the island. The basketball legend said his chef traveled with him on the trip, but he instead indulged in the local dishes, which he loved.

Shenseea And Rapper Lil Tjay Working On Music In Jamaica