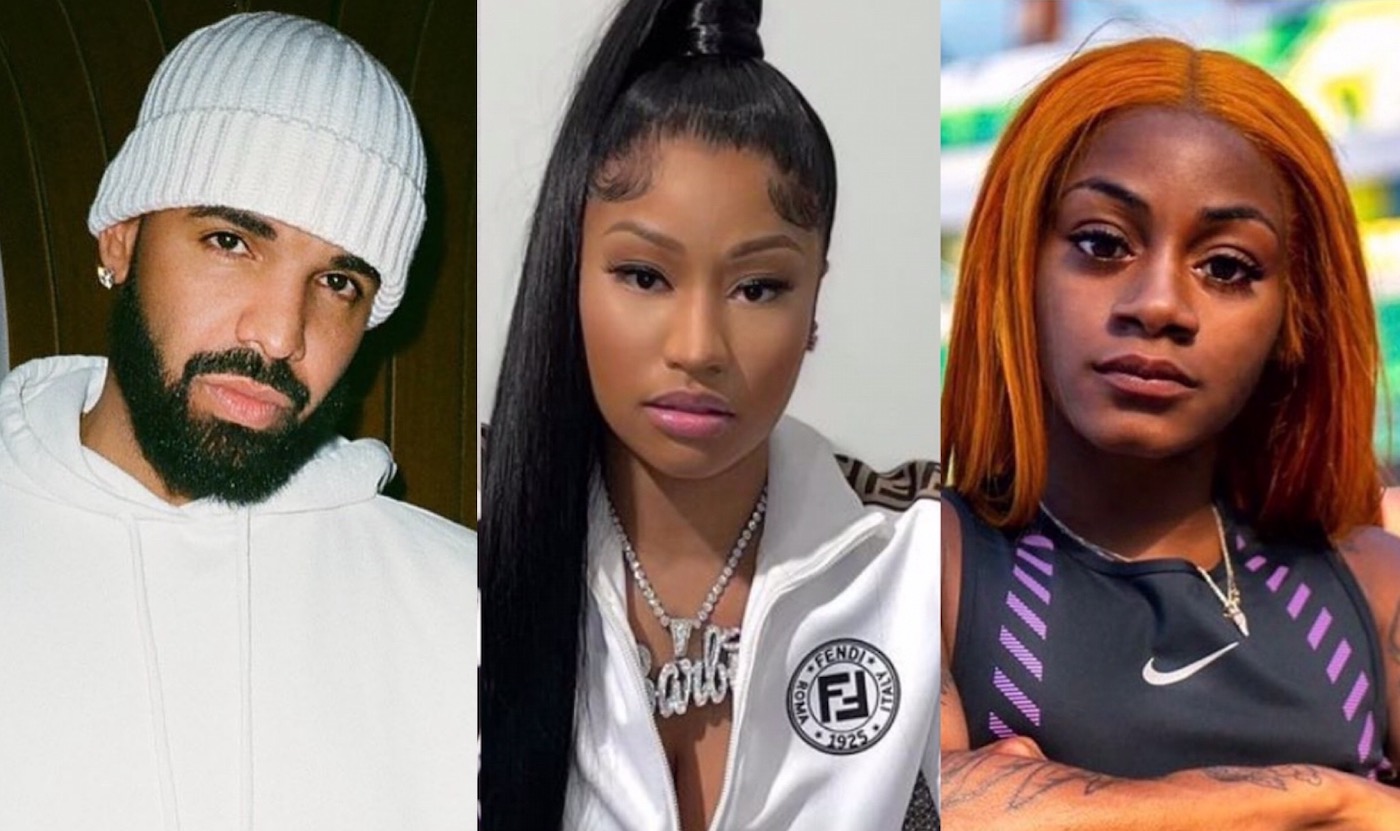 Drake, Nicki Minaj, Beenie Man, Shenseea, and Safaree among more celebrities react to Sha’Carri Richardson losing to Jamaican trio, Elaine Thompson-Herah, Shelly-Ann Fraser-Pryce, and Shericka Jackson, who finished the race 123 just like the did at the 2020 Olympic games.

Sha’Carri Richardson had the chance today to show her fans and athletic critics what they were missing from her failed Olympic appearance. Richardson was disqualified from running the women’s 100 meter race because of a doping violation that seemed to have saddened her fans, especially those who felt she had a chance to beat the Jamaican record holder for the race.

Richardson, in particular, was vocal that she would be a formidable force for the Olympics, and even though she wasn’t there, she maintained her stance on Twitter, where she implied she was the best runner of the lot.

She, however, ended up disappointing her fans after she failed to qualify for the 100 meters race held on Saturday at the Prefontaine Classics – coming at last place while the Jamaican Elaine Thompson-Herah clinched first place with 10.54. there were ten (9) runners, and Richardson made ninth (9) place.

Richardson, however, had words for her critics.

“It was a great return back to the sport, I wanted to be able to come and perform after a month off dealing with all I have been dealing with, I’m not upset at myself at all, this is one race, I’m not done, you know what I’m capable of, count me out if you want to, I’m talk all the s*** if you want, Cause I’m here to stay, I’m not done,” She said.

Meanwhile, many who shaded Sha’Carri for her arrogance during the Olympics reacted to her latest post-race rant. Among them was Beenie Man, who commented “123” with three Jamaican flags in homage to the three Jamaicans – Thompson-Herad, Shelly-ann Fraser-Pryce, and Sherica Jackson, who swept the Olympics earlier this month.

Yung Bleu also reacted, noting that how fast the Jamaicans were. 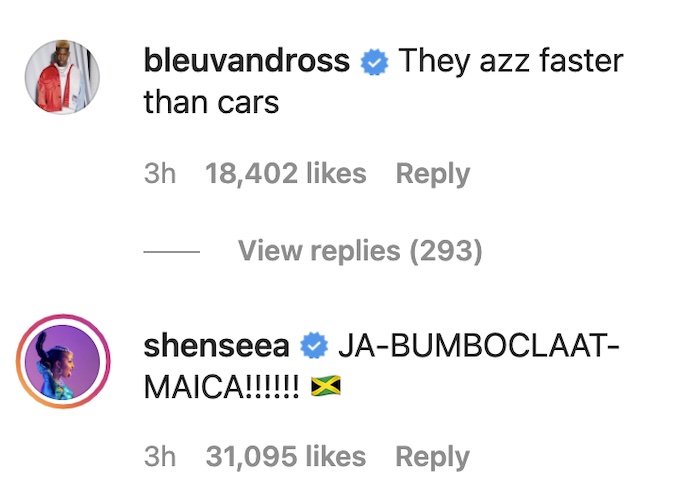 Love and Hip Hop Atlanta star, Safaree Samuels, also reacted to the race. “Yo that race was so crazy I couldn’t even react.. SHOCKKKKKKKKKKK. WOW! I wanna race @usainbolt I think I stand a chance!” Safaree wrote while sharing a video of himself reacting.

Drake and Nicki Minaj reacted on their Instagram Stories echoing their strong support for the Jamaican ladies. 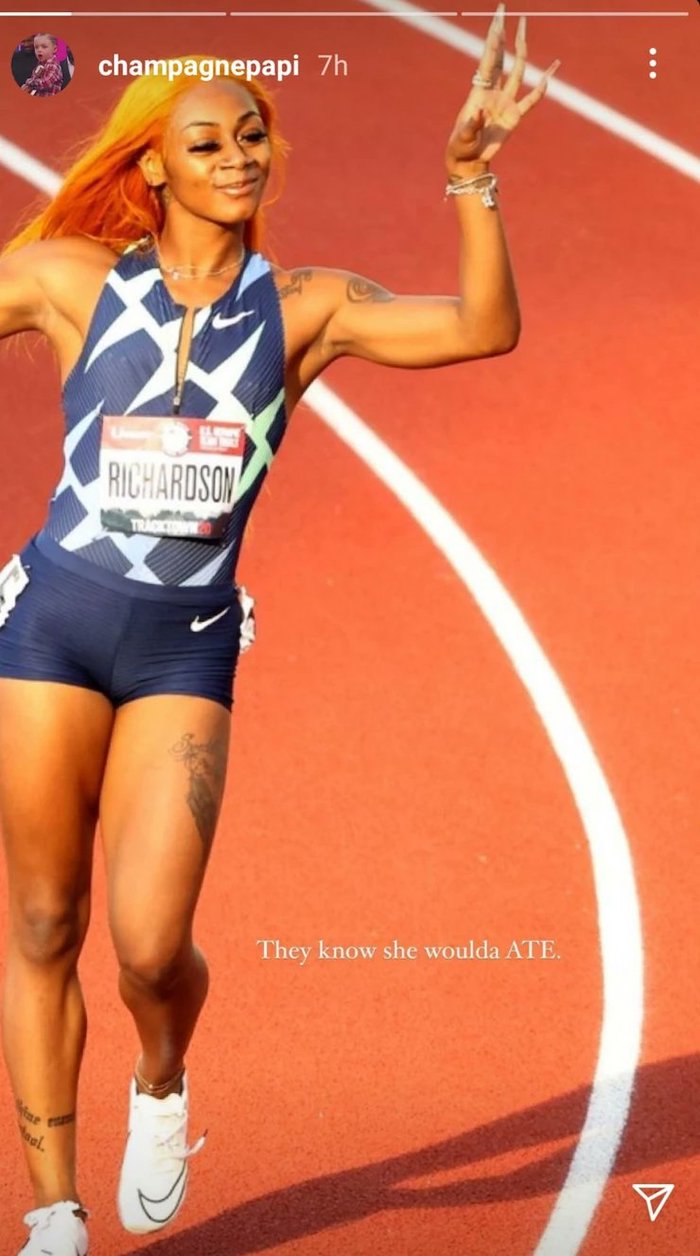 Jamaica has always been a favorite when it comes to the athletics track and field sprint races, mainly because it is an underdog in a competitive system.

Among those cheering on Jamaica at the Olympics was Nicki Minaj, who many thought shade Richardson for her big chats but failing to live up to expectations. 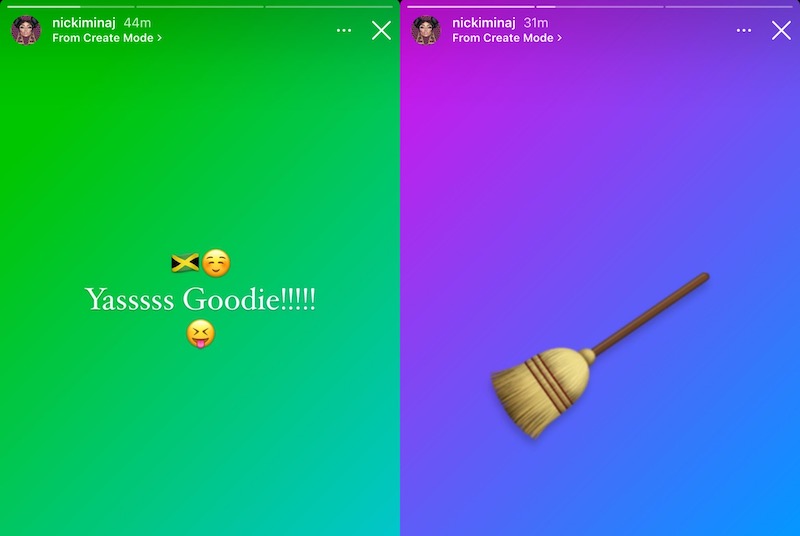 Meanwhile, Richardson was trending on Twitter as track and field fans from Jamaica trolled her. Her name was trending worldwide at number 2, while dead last was also trending as many Jamaicans mocked her for losing the heats.