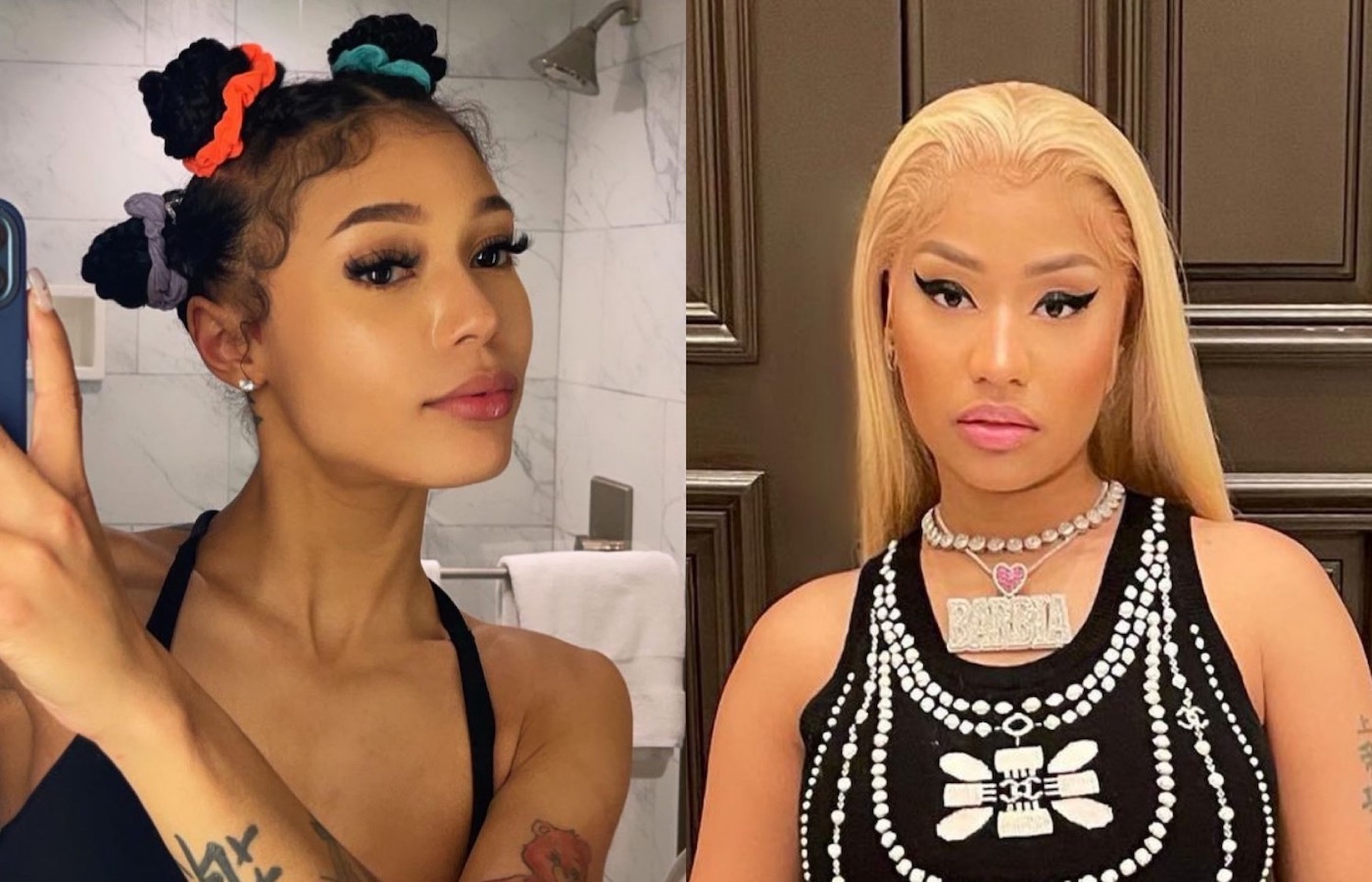 More than a week after Nicki Minaj shut down rumors that she had new music coming with Coi Leray thanks to the premature exuberance of Coi’s father Benzino, the rapper has announced there is indeed a collaboration coming.

On Monday, she announced that the new song is dropping this week. “TRENDSETTERS LOADING,” wrote Coi on Instagram, sharing a picture of herself with Nicki from the official music video shoot. “My new single ‘Blick Blick’ w| The QUEEN @Nickiminaj drops this FRIDAY 3/18.”

Benzino had accidentally disclosed in a Clubhouse chat that there was an upcoming collaboration between the two artists which stole Coi’s thunder from her making the announcement.

Nicki Minaj also came out to say that she didn’t have any new music coming with anyone after having released two songs with Lil Baby earlier this year.

“I don’t have a collab coming with anyone,” she said at the time. It seems though that Nicki Minaj was merely throwing off unsuspecting fans as she recently heaped praises on Coi Leray, which perked fans up.

Minaj gave Coi her flowers as a “trendsetter” in hip hop as she noted that she was the one who started the braids hairstyle trend. Coi is best known for her “No More Parties,” hit which gave her the first entry into the Billboard Hot 100.

In the meantime, the song “Blick Blick,” will be on Coi’s upcoming debut album. The project was initially slated for release in September, but after Drake’s and Kanye’s last-minute announcement for their album dates, Coi’s label decided to push back her album release date.

The album features collabs from some of hip hop’s hottest acts right now, including Lil Durk, Pooh Shiesty, Nav, H.E.R., G Herbo, and A Boogie, along with Minaj.

In the meantime, Coi’s collaboration is going to strike a chord with those in hip hop who felt entitled to being the one Nicki Minaj should collaborate with. Among those who have asked for a collaboration with the rapper are Erica Banks, Baby Tate, and even Asian Doll, who said that she was next in line for a feature from the Queen.

In any case, it’s up to Nicki Minaj with the final say, and she chose Coi Leray. Nicki Minaj, who is also working on an upcoming album, has not given details or said whether she has more collaborations with females coming.