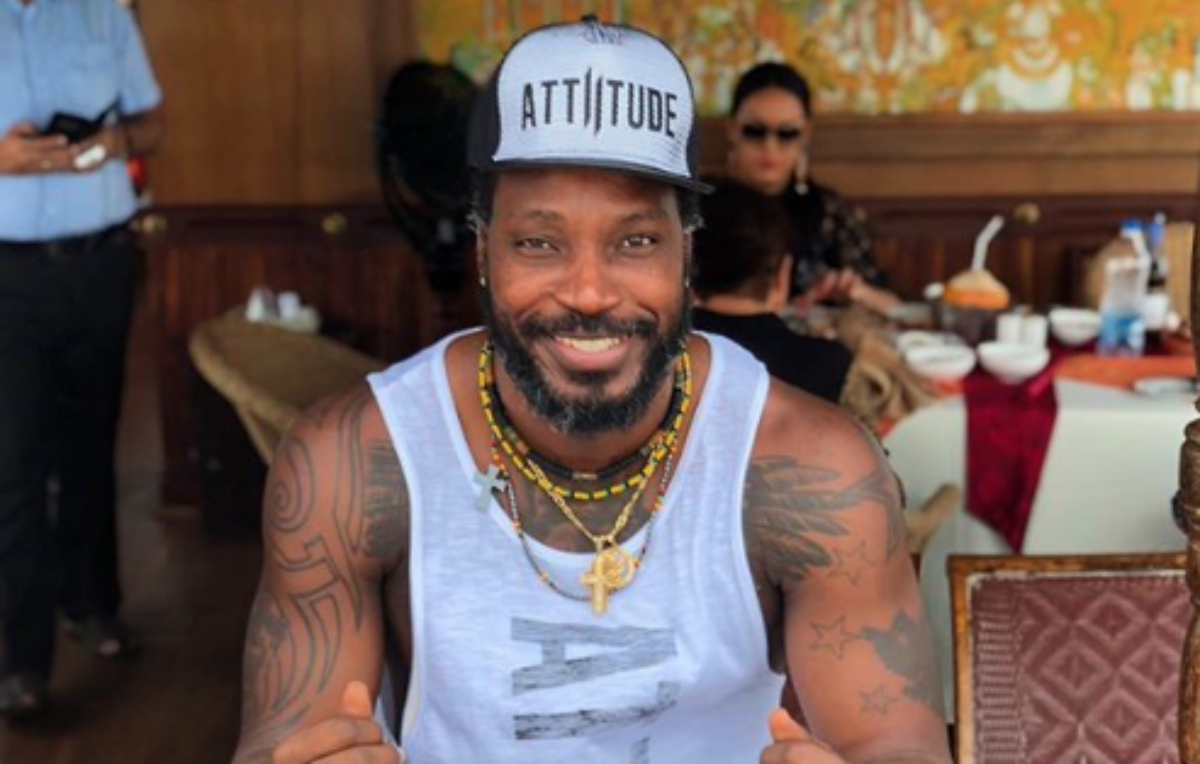 Chris Gayle says he is ready to launch a career in Dancehall music with the release of his upcoming single.

The Jamaican cricketer is set to drop his brand new single “Blessings,” under his ‘Triple Century Records’ label.

According to Gayle, his interest in music initially started as a joke but quickly became a serious venture. “I did the first song with Stylo-G and it was a joke I was running,” Gayle told SportsMax.

“I said Stylo-G I should be on that remix and eventually he turned up at my house and said he was ready.” He says he initially thought it was a joke but eventually ended up recording the track.

“So anyway, we went to the movie theatre room and he started to show me the ropes and eventually I delivered the music and it turned out to be a hit.”

From that point on Gayle says a number of artists began to reach out to him. He subsequently also several singles including “We Come Out Fi Party” with long-time friend Tanto Blacks.

The international cricket star says this is only the beginning, as he has big plans for his label.

“I have a lot more songs in the pipeline and I did the single Living the, Life so I decided to start my record label,” he said.

“I am going into production and voice myself as well. It’s fun and I am beginning to enjoy it. Actually have a collaboration and quite a few songs that haven’t been released as yet.”

Chris Gayle is the latest Jamaican sports sensation to venture into music. Two of the most notable examples to date include Olympic legend Usain Bolt and fellow cricketer Marlon Samuels.

Gayle’s latest single “Blessing is set to be released on February 15.