The lawsuit by Greensleeves Record accuses Chris Brown, his music producers, and Sony Music of ripping off one of dancehall’s most iconic hits- “Tight Up Skirt,” which has become a classic from the 90s dancehall era.

Brown is accused of using the iconic line from the song released in 1997 for his 2017 hit “Privacy,” which is now a Recording Industry Association of America platinum-certified single.

According to legal documents obtained by Urban Islandz, Chris Brown, in particular, used Red Rat’s line “aye you girl inna the tight up skirt” in his chorus without authorization, which is the same line that Red Rat used to start the 90s dancehall mega-hit.

The copyright lawsuit was filed in the United States District Court in New York, Music Business Worldwide reported. According to Greensleeves, which claims to own rights to the song, the single was released in 1997 and quickly went to number one on local Jamaican music charts.

The song later became an international hit that has remained one of the greatest dancehall hits from the 90s era and was part of Red Rat’s debut album, Oh, no…it’s Red Rat. The body of work was also produced and distributed by Greensleeves Records. 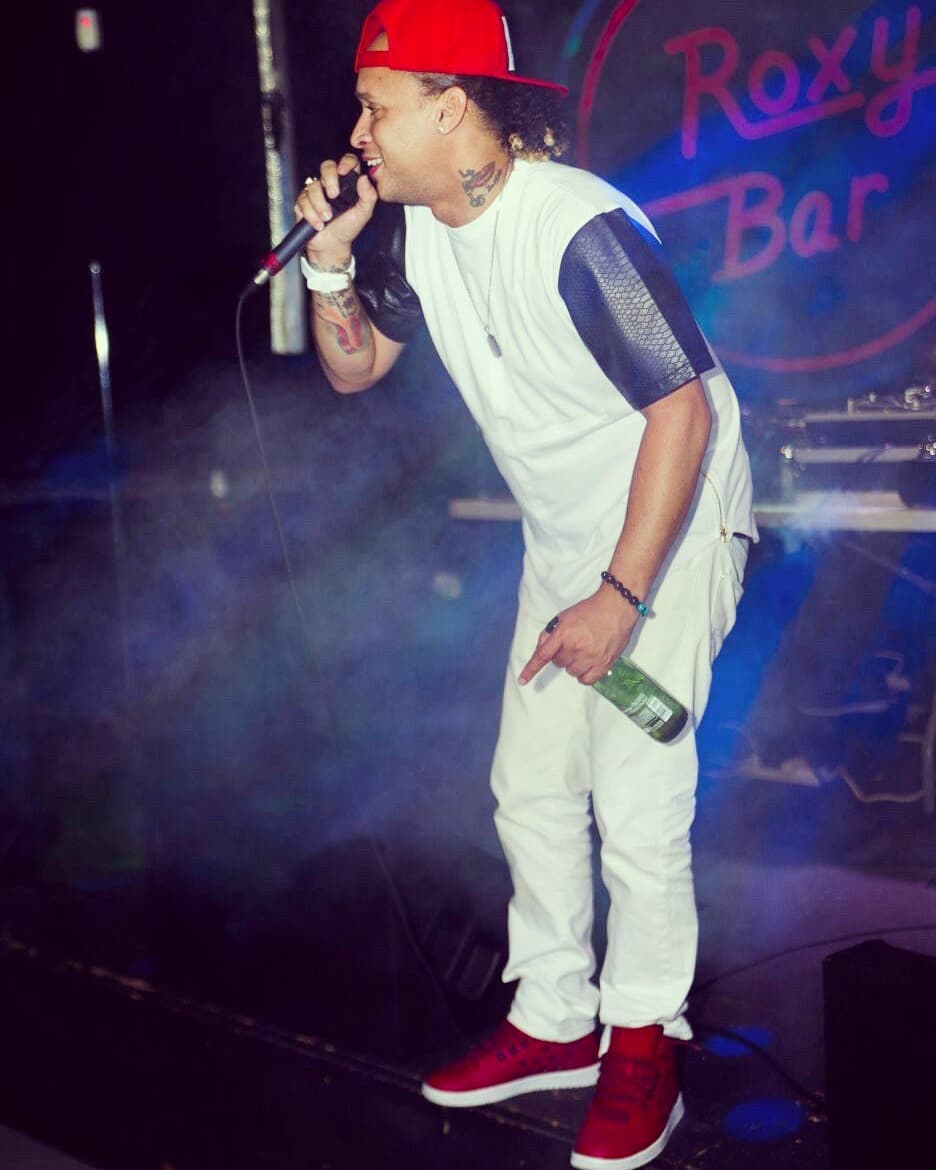 According to Greensleeves court filings, the label owns and administers exclusive music publishing rights in the United States for Red Rat’s single. The lawsuit claim that Brown’s use of the line took the core of Red Rat’s music and “used it prominently” in his song. It further said that Brown or his agents did not see or receive permission to use the feature and that the lyrics of both “Tight Up Skirt” and “Privacy” were similar.

In “Tight up Skirt,” Red Rat sings, “Hey you girl inna di tight upskirt,” while in Chris Brown’s song, he can be heard saying, “Hey you girl with the tight up skirt.”

However, Greensleeves pointed out that the lyric of Red Rat’s song is the “focal point” in “Privacy” as it has “a very spare instrumental accompaniment.”

The publishing company is asking for damages to the tune of $1.5 million in addition to interest for gains, profits, and advantages that it alleges both Brown and Sony Music made as a result of their illegal actions.

Greensleeves also want an injunction to stop both Brown and Sony Music from continuing to profit from their copyright infringement. “Defendants continue to exploit Tight Up Skirt and unless enjoined by this court will continue to infringe the copyright in the musical composition,” the lawsuit read.

Meanwhile, Red Rat, whose real name is Wallace Wilson, had his “buss” in 1996 from his hilarious hit song “Shelly-Anne.

His persona was characterized by humourous lyrics and his unique sense of fashion, and his signature saying, “Oh, no!”

The dancehall artist, however, didn’t seem to mind that Chris Brown had sampled his song, commenting to Loop Jamaica in 2018 that he knew that Red Rat had sampled the song noting that “it had been “great for him” and noting that “Tight Up Skirt “ and Sister Nancy’s “Bam Bam” are among the two most sampled songs from the 90s dancehall era in the Caribbean.

“With Chris Brown, who is one of the biggest pop stars globally, feeling the need to sample a piece of ‘Tight Up Skirt’ only shows how much he loves and respects Red Rat and his catalogue. It also shows how much of a fan he is to the music,” he continued.

He added that “Chris Brown’s sampling of Tight Up Skirt was great for me, because one, it was my song, and a big boost, and two, the ‘Privacy’ song just went platinum two to three weeks ago,” he said.

Brown has used the same infringing lyric before in another song, “Work Wit It,” released in 2010. However, it’s not clear why that song was not mentioned in this lawsuit since Greensleeves would also have a case if they wanted to pursue it.

Meanwhile, Andrew Bradford, the producer for “Tight Up Skirt,” seemed taken aback about the news of the lawsuit. He commented to another news publication that he was surprised about Greensleeves’ involvement as, to his knowledge, the song’s rights is owned by VP Records, which acquired Greensleeves in 2008.

Meanwhile, the publishing company’s pleadings say that “Tight Up Skirt” was only registered in 2020 at the United States Copyright office.

Greensleeves Records and Publishing has been one of the more prominent labels in the reggae and dancehall music market. The company has been around since 1975. Among their first releases are albums by the likes of Barrington Levy, Red Rat, Dennis Brown, Mad Cobra, and a host of others. 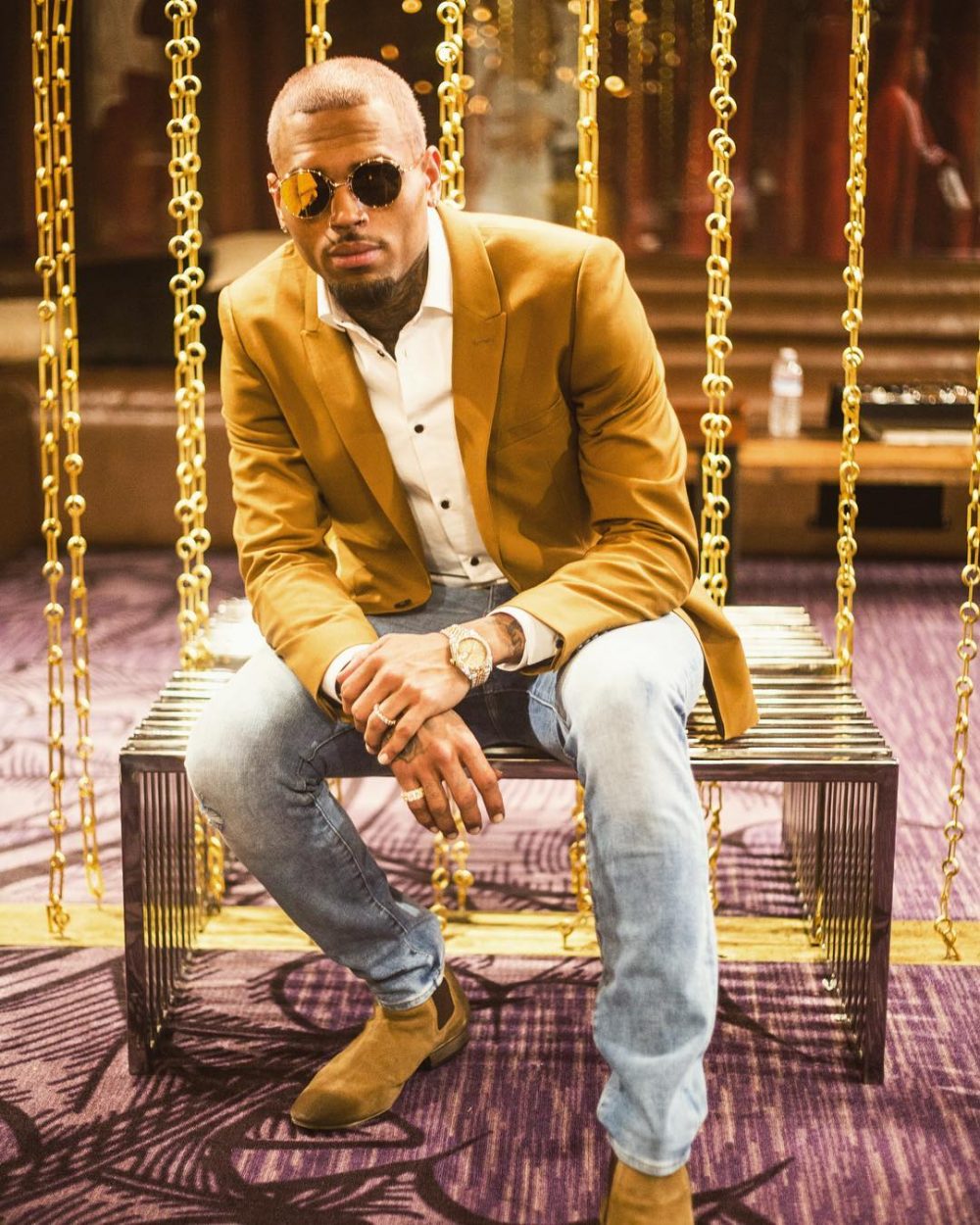 The company also boasts that it now has one of the largest catalogs of Reggae songs in the world.

The American singer was sued $300 million by Flourgon for the use of his iconic lyric “we run things, things no run we,” which she used in her song “Can’t Stop,” released in 2013.

Additionally, the Jamaican Association of Composers, Authors, and Publishers – JACAP, has been suing various parties, including media houses and others, for using the music of artists and not remitting royalties to JACAP.

The latest action also comes as more artists sue their producers for a larger share of rights in their music as the tug-a-war over split sheets remains a bone of contention among artists and producers.

The issue has impacted the future earnings of artists as bad contracts later lead to the artiste being cut out of royalties from streaming etc.

Meanwhile, Red Rat, who was not named among the parties suing Chris Brown, was unavailable for comment on the latest development involving song. However, VP Records bought Greensleeves Records from Zest Inc in 2008 along with all of its catalog.