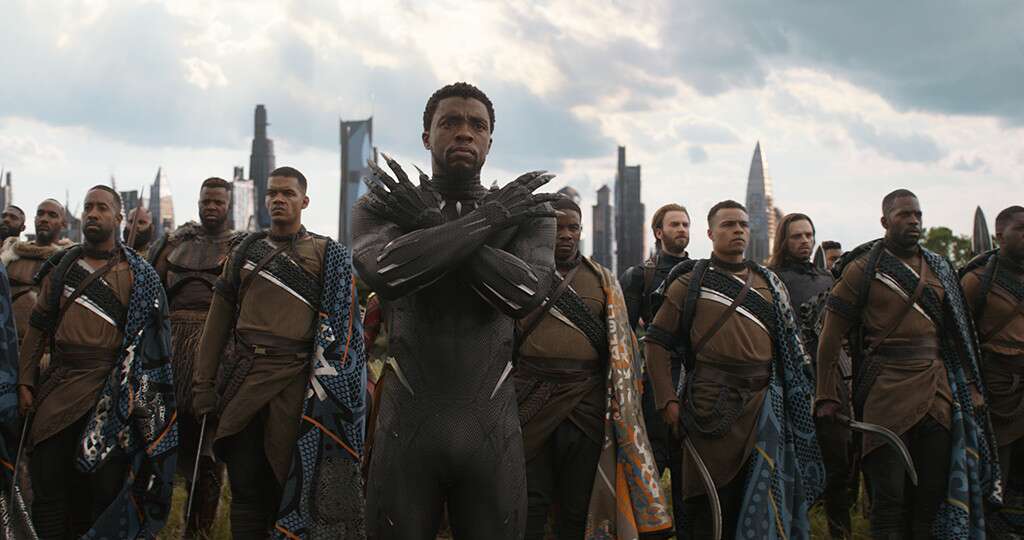 Chadwick Boseman’s famous co-stars and colleagues honored him with a moving tribute on ABC.

As Elizabeth Olsen put it, “It’s only fit to be mourning him like a king.”

She was speaking of her beloved Avengers co-star Chadwick Boseman, whose death has shocked and devastated fans and colleagues around the world. The actor’s unexpected passing was announced in a statement shared on his social media accounts on Friday, Aug. 28, which also revealed the 43-year-old actor had been privately battling colon cancer for four years.

“A true fighter, Chadwick persevered through it all, and brought you many of the films you have come to love so much,” the statement read.

Following his devastating loss, his co-stars and colleagues virtually assembled in his honor for a special tribute that aired on ABC on Sunday, Aug. 30. During the segment, famous names like Oprah Winfrey, Angelina Jolie, Chris Evans and many more remembered Boseman as a remarkable person on and off the silver screen.

Paul Rudd, who appeared with Boseman in Captain America: Civil War and Avengers: Endgame, said, “I thought back to all of those performances and all those incredible people that he’s played and I realized I don’t think you can do it as convincingly as he did if he didn’t possess that same grace in real life. You can’t act that.”

“To all of those little kids that love Black Panther and look to T’Challa as a hero,” he added, “just know that the guy who played him is an even bigger hero in real life.”

Mark Ruffalo praised, “He’s a historical figure as the Black Panther, but also such a good and decent human being…The world is a less beautiful place without him.”

Others, like Winfrey, acknowledged his heroism in real life amid his secret health battle. “The way he handled his life and managing cancer with such humility and grace and dignity lets us all know that he truly was a superhero,” she said. “He will be remembered, cherished and loved in our hearts, not just for what he was able to offer on film, but what he was able to give as a human being. And it’s not just a loss that we’re feeling. We’re going to feel his absence.”

The media mogul added, “I say that he was a star, but also a shooting star because he lived in his life in such a way that forever kids who see him in that Black Panther role see a reflection of themselves embodied in everything that he intended. They get to dream about and wish about and make wishes on that shooting star that was Chadwick Boseman.”

“I didn’t have enough time with Chadwick,” Don Cheadle echoed. “It’s a statement that I know everyone is making and everyone can make because he was here far too short a time…He’d go out of his way to let you know that he loved you and how he felt about you and that’s just a rare quality.”

Reflecting on his powerful legacy, Jolie said, “He gave all of us and all of our children an example of a great, gracious and humble leader.”

Simu Liu, who is set to star as Shang-Chi in the upcoming Marvel film, said, “I know that I ride the coattails of his success, that I stand on his great shoulders.”

As for Robert Downey Jr., the actor synonymous with Iron Man and the Marvel Universe, recalled a special memory of Boseman that helped to demonstrate how incredible the late actor was. “Toward the end of the third Avengers, the Infinity War, we all kind of lose together,” he said. “And I remember it was one of those few days that all of the Avengers were together and it was just the way that he walked on set and the immense success that had occurred, and rightfully so, with Black Panther. And he was just in this kind of stratus of his own, but always, always humble, always hardworking, always a smile on his face.”

“Now, looking back,” Downey Jr. added, “all the more I realize just what an incredibly graceful human being he was.”