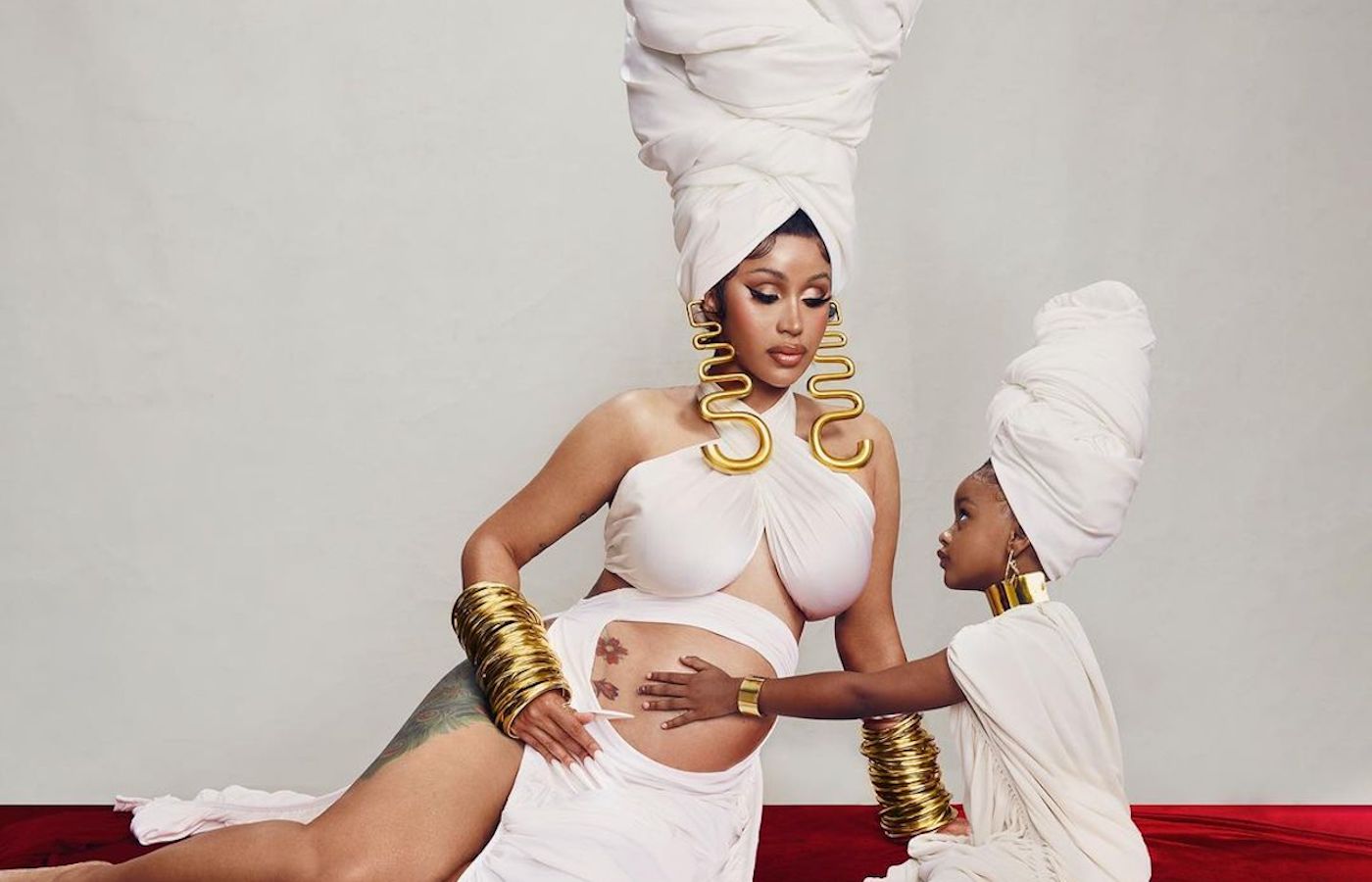 Cardi B has responded to some critics accusation her of cultural appropriating African culture.

The Bronx rapper has kept a low profile for the past few months, particularly after denying that she was pregnant in January. Fans were elated on Sunday night after seeing the rapper perform alongside Migos’ during their BET Awards performance of their Culture III collaboration “Type Sh*t,” which features Cardi B. the rapper took the stage in a black jumpsuit with her pregnant belly prominently displayed.

Cardi B later shared photos from a maternity shoot with her husband and daughter Kulture, but it’s the latter that has the rapper riled up due to rude comments on her post.

The photos show both the “Money” rapper and Kulture in white and appearing in what many might call black royalty. Cardi B also has a headwrap and jewelry that is consistent with what some tribal peoples of Africa wear.

“like OMG but you’re not African I’m so tired of this,” one person posted. While some fans sought to educate the commenter that Cardi B being Dominican means she has African culture passed down to her and has a right to indulge in the expression of her culture, Cardi herself called out the commenter.

On her IG Story, she said, “in the name of Afro Caribbean’s DON’T BE A UNCULTURED SWINE,” she posted.

She also shared on her stories several photos of prominent Dominican women of African descent in artistic expression and dance on her Instagram Stories.

Cardi B has constantly been under attack by persons who criticize her for associating with being black since she is a Spanish speaker and associates with the Latin American community.

However, as pointed out by many fans, the Dominican Republic had slaves kept by white Spanish colonizers. However, modern-day descendants of African slaves speak Spanish and have some cultural retention which includes music and dance.

Cardi B has previously had to defend her “good” hair that many critics say is because she isn’t black, although she has asserted that time, effort, and care are why her hair is in a good state.