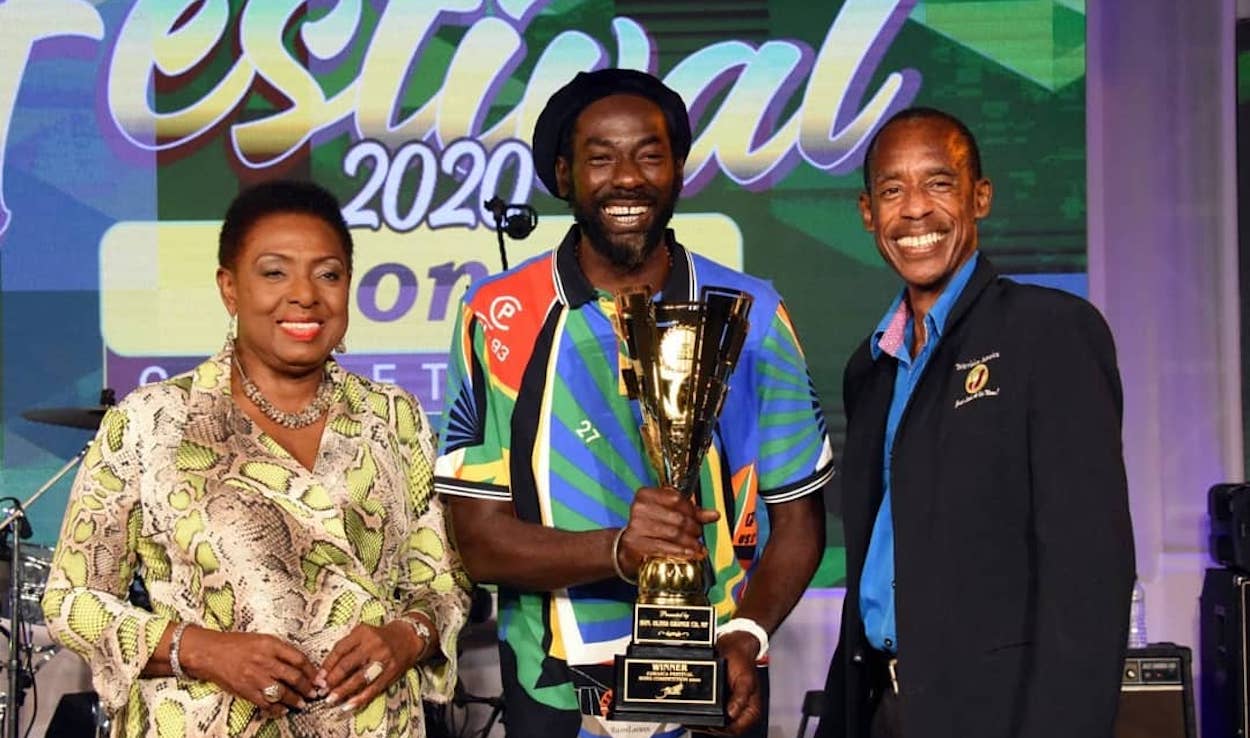 Buju Banton’s feel good single “I Am A Jamaican” emerged the winner of the 2020 Jamaica Festival Song Competition.

Though his album is ironically titled Upside Down 2020, it’s proving to be a year of straight wins for Buju Banton. Last night, the Gargamel took home the trophy at the 2020 Jamaica Festival Song Competition for his emotive entry, “I Am A Jamaican”. Banton was awarded the top prize out of over 200 entrants, including veteran artists Toots and the Maytals as well as Freddie McGregor and the popular crooning quartet, L.U.S.T. The format of this year’s annual ceremony was updated to a live virtual event due to pandemic constraints on public gatherings, and for the first time, allowed persons from the Jamaican Diaspora to vote for their favourite song.

Jubilant in his victory but humble by nature, Buju told his fellow contestants “you are all winners” before declaring that the Sun Beam Children’s Home, particularly the many at risk male wards, would be the main beneficiaries of his $3 million prize. The Buju Banton Foundation has conducted outreach exercises at the facility before, most recently in a December 2019 motivational workshop. “The foundation is committed to ensuring at risk boys, across Jamaica, become meaningful contributors to society and thus has a lot of great works planned for successful fruition of that mission,” said Rosemary Duncan, Director of the Foundation. 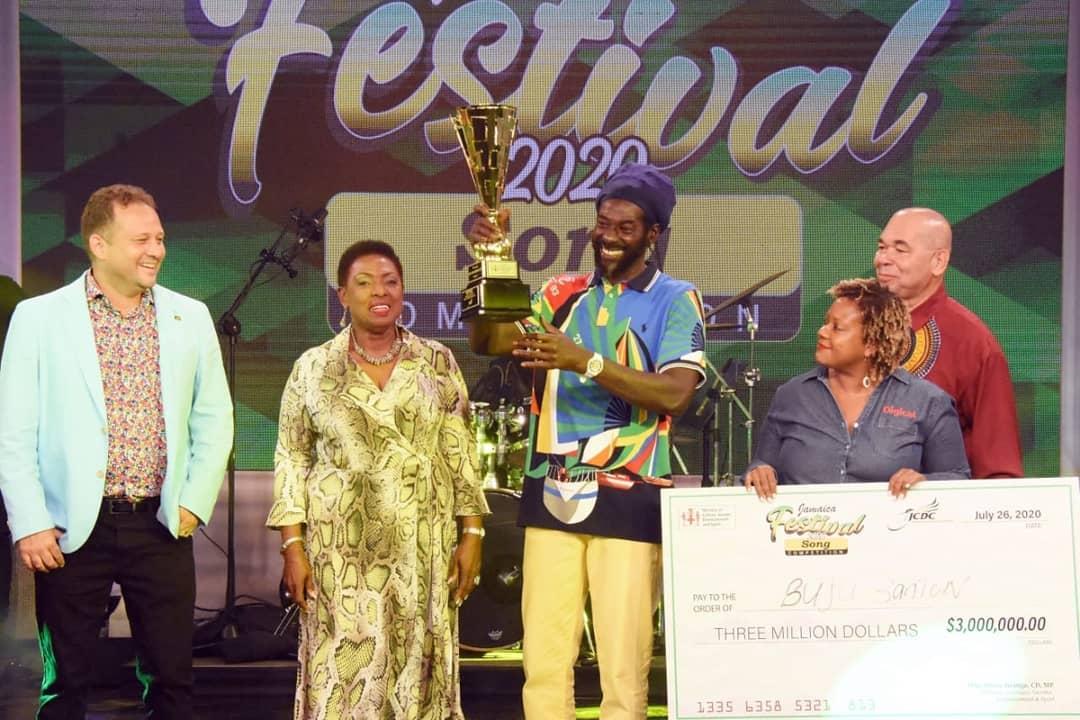 The “Rastaman from Jam Dung” was a fan favorite and top contender on social media and streaming services Amazon, Apple Music, Spotify, Deezer and Youtube, where the patriotic tracks were made available. Noting the renewed enthusiasm and excitement infused by social media, Culture Minister Olivia ‘Babsy’ Grange weighed in on the historic happenings. “The success has provided us with the perfect springboard to soar to even greater heights. The world is now our stage for the Jamaica Festival Song Competition. It is historic.”

Meanwhile, Buju Banton’s lingering nationalistic nod will go on to frame the island’s Emanci-pendence celebrations that commence within a week on August 1. “Beautiful smiles, God fearing people/ Known across the world, yet you’re so simple/ and it’s not your fault that you’re so loving and kind/ Oh Jam Dung,sweet Jamaica, Jah bless this island of mine/ No matter where in the world I go, I am a Jamaican/ Resilient and brave, industrious, yes we are Jamaican.”