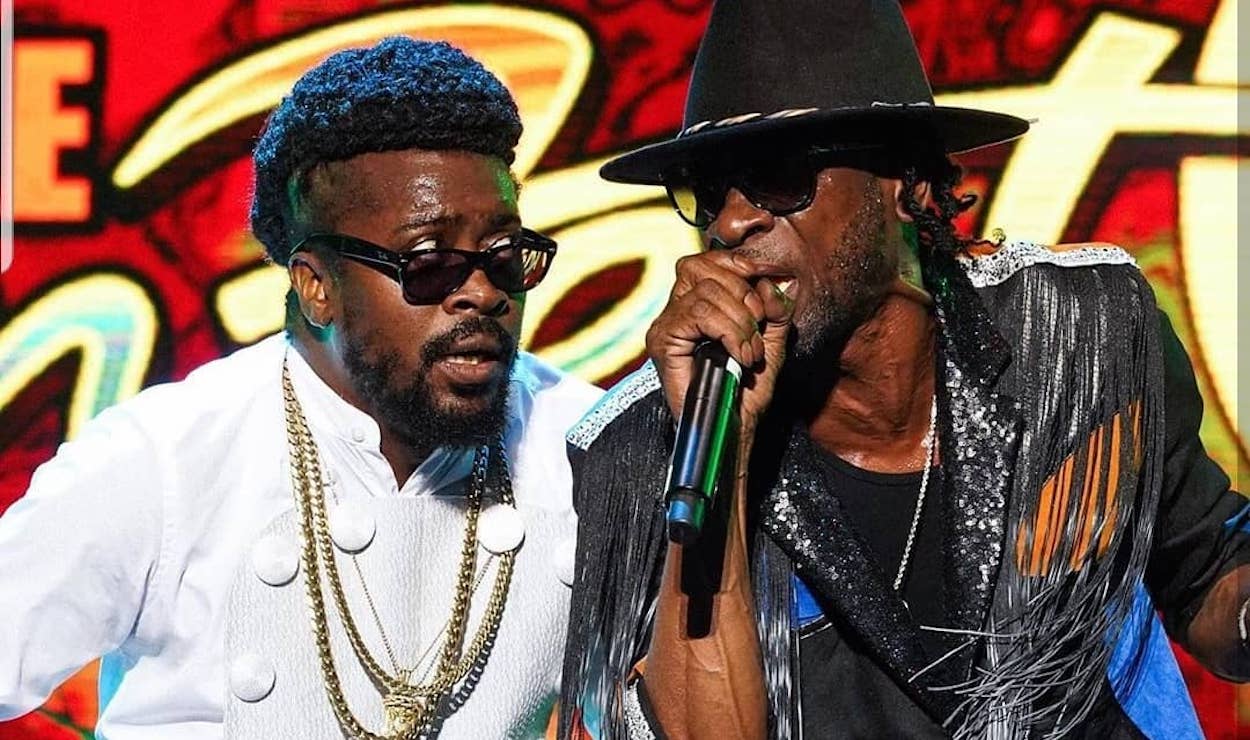 Bounty Killer, Beenie Man, Konshens, and Teejay are among Jamaican entertainers using their platform to call for justice for the murder of 9-year-old Gabriel King

Along with the rest of Jamaica, members of the Dancehall fraternity are jolted by the brutal murder of a of Gabriel on Thursday, January 13, in St. James. Jamaica continues to grapple with a homicide rate that has shown no signs of slowing down. The recent killing of Gabriel King has sparked new conversations about the direction in which the country is heading and some members of the dancehall community are using their voices to amplify the call for change.

The police report that at about 9 AM, little Gabriel, who was believed to be autistic, was being driven by his mother in an Audi motor car towards Downtown Montego Bay. After slowing down to negotiate a pothole, two men allegedly forced the woman from the vehicle and sped away with the child still aboard.

Following a report made to the police by the woman, a search led to the discovery of the abandoned car off the roadway in Fairfield. Gabriel’s body was found on the rear seat with his throat slashed.

Bounty Killer used his Instagram account to condemn the killers and Jamaicans, more so the younger generation, for not protesting the gruesome killing.

“Uno have strength when police kill gunman! All now me nuh hear no road block fi the 9 year old!” He said.

“When since we a murder kids ! And women! This a get outta hand! Wah uno a wait on! Somebody haffi dead fi uno fuss! When since JAMAICA badman ok wid dem type a killing yah!” The Grunggaadzilla wrote.

The deejay, who has always been vocal on social and domestic issues facing the island, added in his caption, “Harsh/hard reality see like Jamaica not a real place anymore though. The younger generation are been misguided and mislead with no one looking out for young ppl selfish SuckCiety.”

An obviously emotionally wounded Konshens also used his social media to express his thoughts on the child’s killing. Following a tweet questioning, “Jamaica, wtf are we doing,” the Dancehall star took to Instagram to subtly accuse the Government of spending more time on the COVID 19 pandemic than issues relating to crime.

“I saw all the parliament clips about covid and lockdown etc. Where can I view the complete thing to see what was said about CRIME and the killing of children and the high femicide rates and rape rates. Post those clips please,” he said.

Konshens further elaborate in another message posted in the comments asking for the public to change it’s mindset.

“Its important that we know that no matter what Government and parliament talk bout if we dont change our stupid backwards destructive mindset as a culture and adopt and celebrate healthy ways of thinking nuttn nah go change,” Konshens wrote. “Andrew Holness is not God, he is a man doing a job. I dont know the solution for crime and the fact that regular people know every trouble mekka but police with intelligence cyaa find dem is another story in itself, my focus is on the innocent, Me feel like it should be easer for good citizens to get firearms legally, since bad citizens have no problem getting them, mek it be shootout instead of people being sitting ducks and prey. That is the part im most tired of.”

Beenie Man apparently shares the same sentiments and is adamant that the high rate of violence in the country cannot continue. The self-declared King of the Dancehall tweeted, “We can’t tolerate this level of violence and crime in our country. It a get out a hand.” In a follow-up tweet, he added, “Caan even say it a get from bad to worst bc it reach worst.”

Meantime, there have been calls to Jamaica’s National Security Minister, Dr. Horace Chang, and Police Commissioner Antony Anderson to find ways to curb the rise in homicides sweeping the country.

Data suggests that an average of five homicides have already been committed every day since the start of 2022.