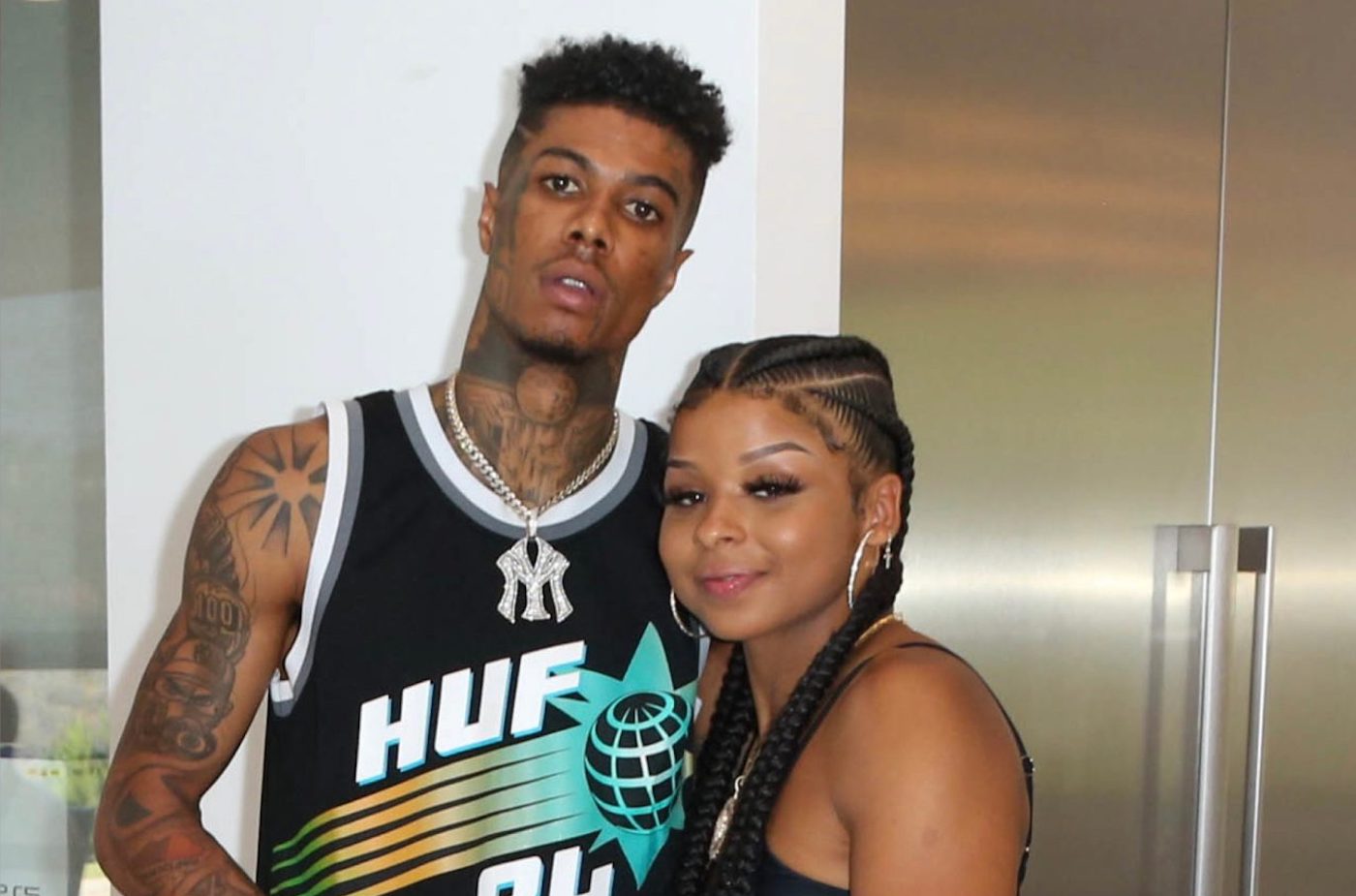 Chrisean Rock and Blueface’s up-and-down relationship has taken another turn resulting in her arrest on Sunday night. Videos shared online show Rock on the ground for the second time this week as police arrest her.

Sunday night’s incident stems from another fight with Blueface, but this time, it’s clear that Chrisean Rock is the problem as she socks Blue in the face. A video showed the couple in a lounge setting when Blueface approaches her, but Rock punches him in the face instead.

The incident is said to have occurred at an Arizona club with the couple and others seen earlier in the day together at the Cookout Day party where they hosted the event, but it seems that things soured within hours between the two.

One video shared by a blog showed the moment the incident occurred.

“Why Blueface beating Chrisean ass like that?” someone is heard saying at the start of the clip. The couple is then seen arguing before Rock appears to step up onto something to punch Blueface. She hits him at least two times.

This is the second time Rock has been arrested this week, as a video from Zeus’ Baddies South show in which she appears showed footage of her being arrested by deputies and Bounty Hunters. They were tailing the show after Rock failed to show up for court in an ongoing case.

Chrisean Rock is facing multiple charges for breaking into Blueface’s house and later stealing his car and selling crack cocaine.

In the meantime, Blueface didn’t seem hurt too severely, but in a surprising twist, the rapper asked for her to be freed.

“Free Rock,” he added. “We ain’t gonna ever make the same mistake twice,” he said before adding, “She hit me this time.”

When asked about her whereabouts, Blueface said that security and police arrested her. “What can I do?” he asked. He also showed his face to the camera. “She hit me with a banger,” he said. “I ain’t even do nothing. She be all right. Free Rock,” ended the video.

Blueface and Chrisean recently disclosed that they took their relationship to the next level as Blue asked her to officially be his girlfriend last week. This was just days after the two had a public brawl but appeared to make up after.

On Friday, Blueface shared a video of the couple in the aftermath of another fight. This time he had managed to grab a tuft of hair from the back of her head and pulled it out completely from the root. The rapper showed off Rock’s bald spot and noted that they were fighting over her running away with his phone.

Despite concerns raised about his toxic relationship with Chrisean, the couple on Saturday appeared to be in good spirits as Blue gifted her a new diamond necklace and a “buss down” watch. It is alleged that Chrisean has signed away her Zeus checks to Blueface. The rapper has not addressed the claim, but Rock has previously said she wouldn’t leave Blueface ever.

In the meantime, the Hollywood fight is still being investigated by police, but no charges have been laid.