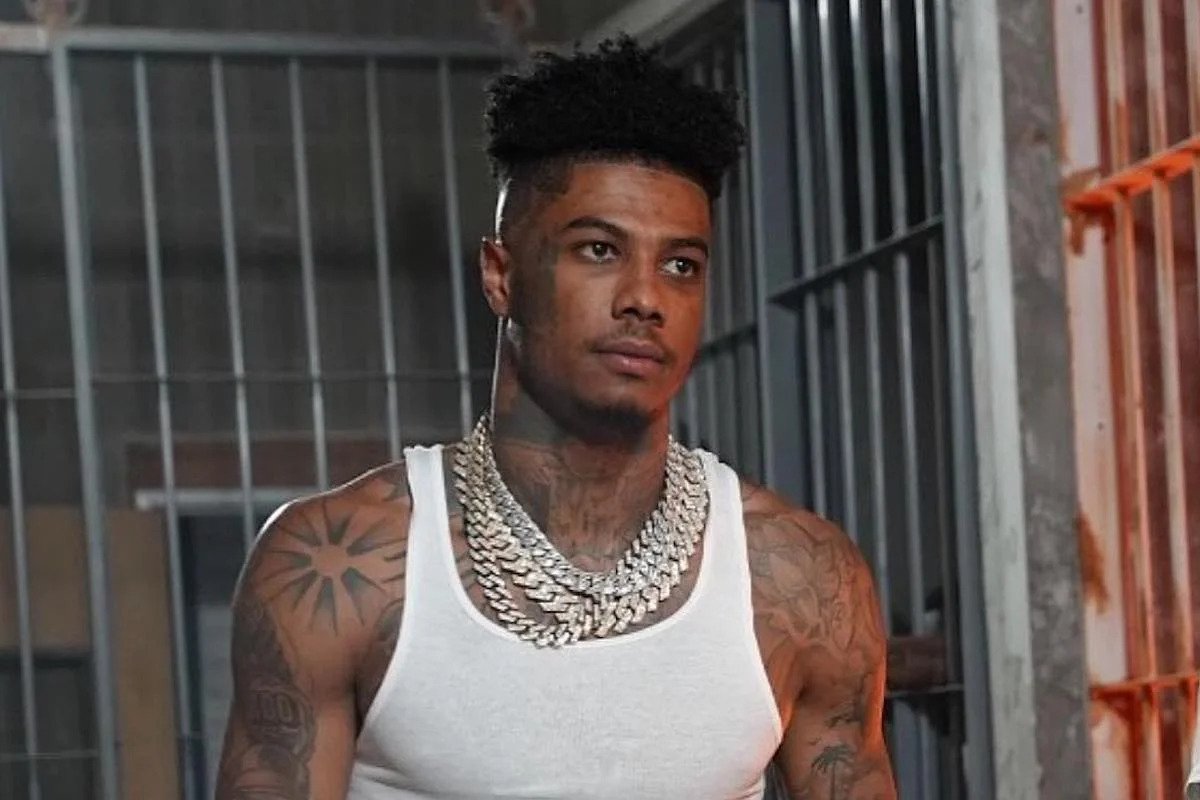 Rapper Blueface was arrested by police officers in Las Vegas on Tuesday on charges of attempted murder.

According to TMZ, the Los Angeles rapper was arrested in a sting operation involving undercover officers. A video has been shared of the incident showing the moment cops in plain clothes handcuff Blueface, who is seen wearing a tan-colored hoodie and slacks.

Blueface was reportedly arrested outside of Lo-Lo’s Chicken & Waffles in Las Vegas. In a video, you can see undercover officers putting handcuffs on him while he was on the ground before officers helped him to his feet, and about four plainclothes officers took him away. In a video, a man and Chrisean, who appear to be stunned, ask the officers, “what he do.”

A man who is filming also says that the police said the rapper had a warrant out for his arrest. Legal documents show that there is a warrant for the rapper’s arrest for two charges. He is facing one count of felony attempted murder with the use of a deadly firearm or tear gas and another charge for discharging a gun into a building, house, vehicle, or craft. Police say that the incident took place on October 4th.

More details have not been shared, but Chrisean reacted to the charges on her Twitter account, writing, “ugh why gotta take you from me,” with the heartbroken and sad face emoji.