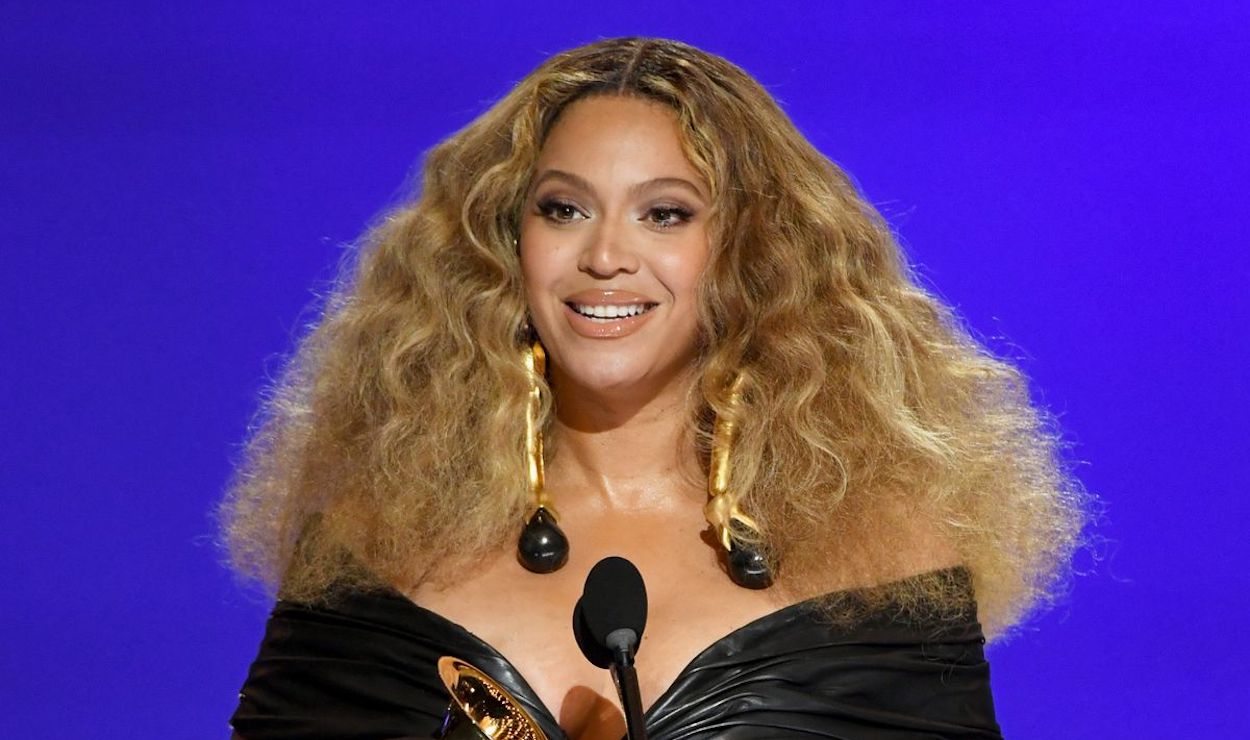 Beyoncé created history on Sunday night as she became the first woman in history to win a total of 28 Grammys over the span of her illustrious career. Her achievement means that she is now the record holder for the most Grammys by a female artist and also the most Grammys won by a singer.

It was also a special night for her as her firstborn Blue Ivy, who is only nine (9) years old, also won her first Grammy, making her the second-youngest person to win a Grammy award. Blue Ivy, who is Beyoncé and Jay-Z’s daughter, won the award for her performance in “Brown Skin Girl,” for which she received writing credit. The song is featured on Beyoncé’s “Lion King: The Gift” album, which was a masterpiece of an album as the artist channeled her creativity into black empowerment and uplifting her ethnicity. Blue Ivy also appears at the end of the song as it closes and croons to the lyrics out.

At the 63rd staging of the show, the “Black is King”, artist led the nominations for this year with a whopping nine (9) nominations haul. She won Best R&B Performance for “Black Parade” cementing her historical 28 Grammy hold, a feat that was previously held by bluegrass artist Alison Krauss. She also won Best Rap Performance and Best Rap Song for “Savage” with Megan Thee Stallion, who also won the Best New Artist award.

Billie Eilish took home the biggest prize of the show after winning Record of the Year for “Everything I Wanted.” This is her second time taking home the Record of the Year award. She also won Best Song Written for Visual Media for “No Time to Die,” the theme song for the new upcoming 25th James Bond movie, which is set to release something later in 2021 after having been canceled three times before.

Eilish, though, seems to have felt that Megan Thee Stallion deserved the award for her song “Savage” in collaboration with Beyoncé. She said, “this is really embarrassing for me…you deserve this,” she said to Megan. “You had a year that was unstoppable. You are a queen. I want to cry thinking about how much I love you. You are so beautiful. You are so talented. You deserve everything in the world,” she said.

Eilish’s statement did not appear controversial, but it does lend credence to claims by those snubbed by the Grammys like The Weeknd, who claims that the Grammys is racist and biased against black artists.

A long list of black artists, including The Weeknd, Teyana Taylor, Nicki Minaj, Drake, Kanye West, and Frank Ocean, have now boycotted the Grammys for what they perceive to be the Grammy committees being racist. Many felt that Beyonce declining to perform on Sunday night was also part of her non-association with the organization, even as Beyoncé is known as an artist that is becoming a social activist with her music.

Meanwhile, Song of the Year was won by H.E.R for the song “I can’t breathe, and she also won Best R&B song in which she was featured in “Better Than I imagined” by Robert Glasper, which also featured Ndegeocello.

Best R&B Album went to John Legend for “Bigger Love“. The album win is a gold in the pockets of dancehall producer Stephen ‘DiGenuis’ McGregor and Koffee, who won her first Grammy at 19 years old. Both McGregor and Koffee produced two songs on Legend’s album – the title track “Bigger Love” and “Don’t Walk Away” featuring Koffee.

Kanye West also walked away with a win- having snagged the Best Contemporary Christian Music Album for his “Jesus is King,” album.

Burna Boy also showed out with his win for Best Global Music Album for “Twice as Tall.”