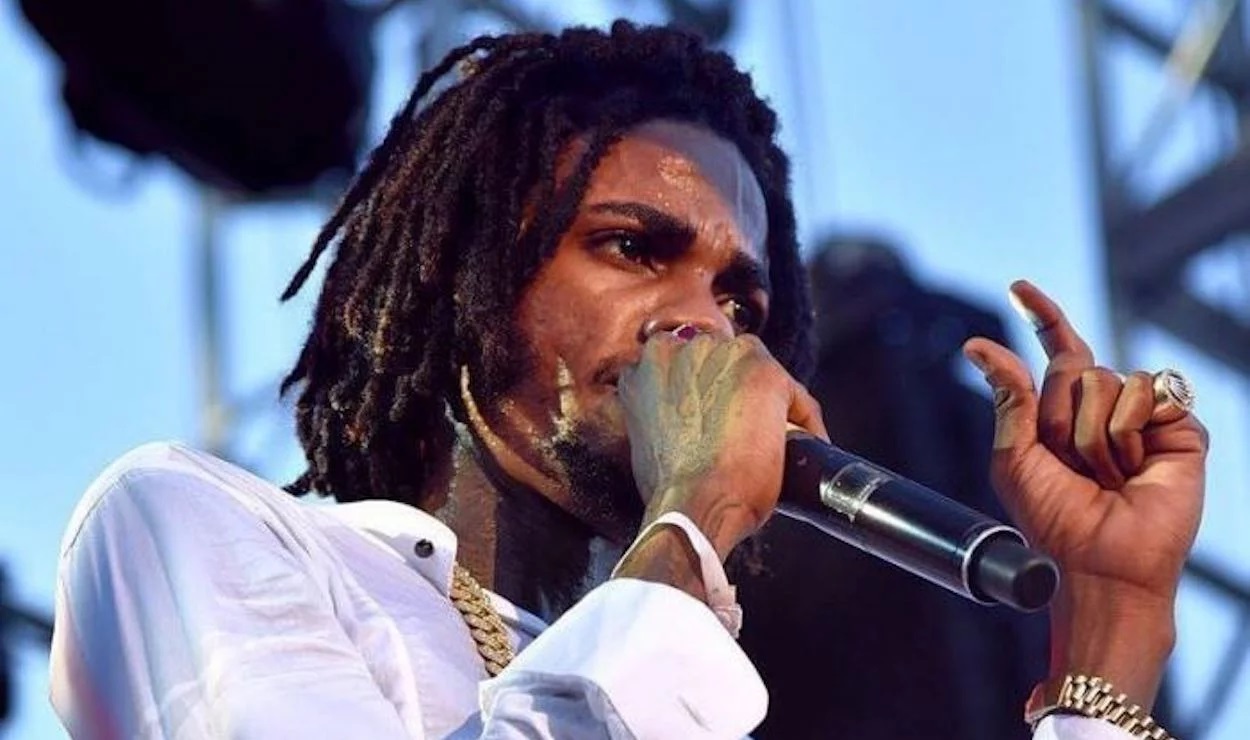 The Vendetta deejay does not necessarily discuss nor mention the actual war that is unfolding but instead shines a light on core elements that drive any disagreement against two parties. The dancehall deejay mentions propaganda, which is information, especially of a biased or misleading nature, used to promote a political cause or point of view. Alkaline calls for his rivals to let go of all propaganda being spun in the media and let true musical muscles face off against each other.

Alkaline also hints that, unlike Pinky and The Brain, he had no clear intentions of taking over the world and music business. However, it was simply a by-product of his overzealous attitude towards making money. As such, those knawing at his heels [success] do not need to. The topic of envy and jealousy is also alluded to by the Vendetta Boss.

“World Domination” is Alka’s first release for 2022, as the deejay cruises into the new year. 2022 should prove less hectic for the “Hostage” singer since he no longer has the pressures of his sophomore album Top Prize on his shoulders. 2021 saw the album debuting at number 2 on the Billboard Reggae charts. It would go on to top iTunes Reggae charts and secure 17000 total unit consumption in the US as of December 15, 2021.

Alkaline does have another major project coming this March, as he welcomes New York-based entertainer Kranium and reggae crooner Wayne Wonder alongside him on his annual New Rules Festival. This year’s staging will be held at the Miramar Regional Park Amphitheater in Miami on March 27. It should be interesting to see what 2022 has in store for Alkaline.

Check out “World Domination” below.