Alkaline drops a new song where he seemingly mocks Skillibeng.

While some fans labeled the newly released single “Sell Off” is fiery and intense, others compare the flow to that of Alkaline’s rival, Skillibeng, and are adamant that the song is nothing more than a mockery of the E-Syde deejay’s flow. Admittedly, the flow and tone of the song is unlike Alkaline’s usual style heard in his other hit songs such as “Spoil You,” “Pretty Girl Team,” “Juggernaut,” and “Champion Boy.”

This song is slow and steady with intermittent punch lines and a nursery rhyme tune that is usually aligned with some of Skillibeng’s hit songs such as “Coke,” “Badman,” and “Mr. Universe.”

Nevertheless, like much of Skilli’s work, the song is recognized as a potential hit, as both styles seem to satisfy the relevant audience.

In the chorus, Alkaline spits, “Sell off/ Seen, check out my swag, yuh know when yah win/ Anything me touch, any style weh man bring dat sell off/ Seen, curry and kitchen and chicken and wing/ Airport stick ah bank robber choplin dat sell off. 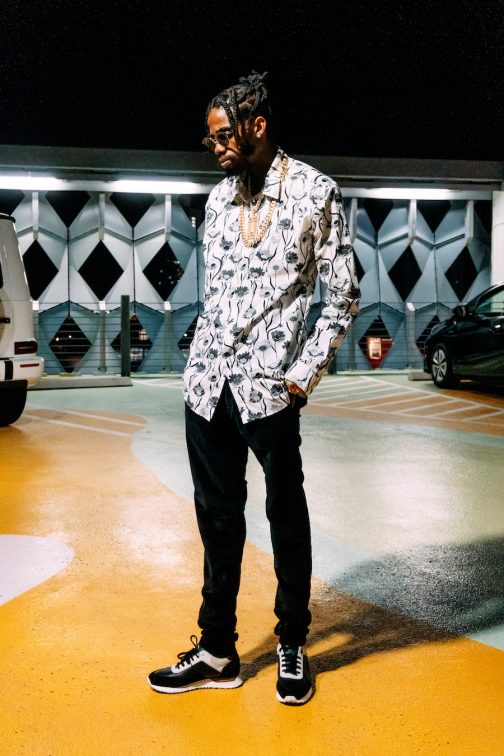 The Vendetta Boss has so far received several positive comments for the tune. While he has not responded to claims that he is mocking the style and flow of Skillibeng, the deejay took to his social media to post a clip of the song without a caption.

The reactions from fans were consistent on Alkaline’s YouTube channel. “I’m dying laughing bcuz I know he’s mocking someone,” one person said. “Him do Skilli better than how Skilli do him self,” another jeered while another concluded, “He’s mockin skillibeng slow flow.”

Alkaline and Skillibeng have been at odds for quite some time, as Skilli had long announced his association with Vybz Kartel’s Gaza Empire, a known enemy the Vendetta Camp.

Fans believed that Skillibeng’s “Internet War,” released last month, was a diss track geared towards Alkaline, but he had not confirmed speculations.

Skillibeng directly noted in the song that he is not into social media jabs. In one segment, he spits, “We have new song, nuff fi mi fans, no competition. None a dem cant clash me. Da pu**y deh know him wouldn’t last, control uno camp, no mix Skill up with no fan. Gunshot will touch you for dat. Lovely!”

The two deejays are not expected to join hands anytime soon, if ever. While they have not directly addressed each other amid their reputed feud, fans are adamant that they have been indirectly aiming at each other through music.