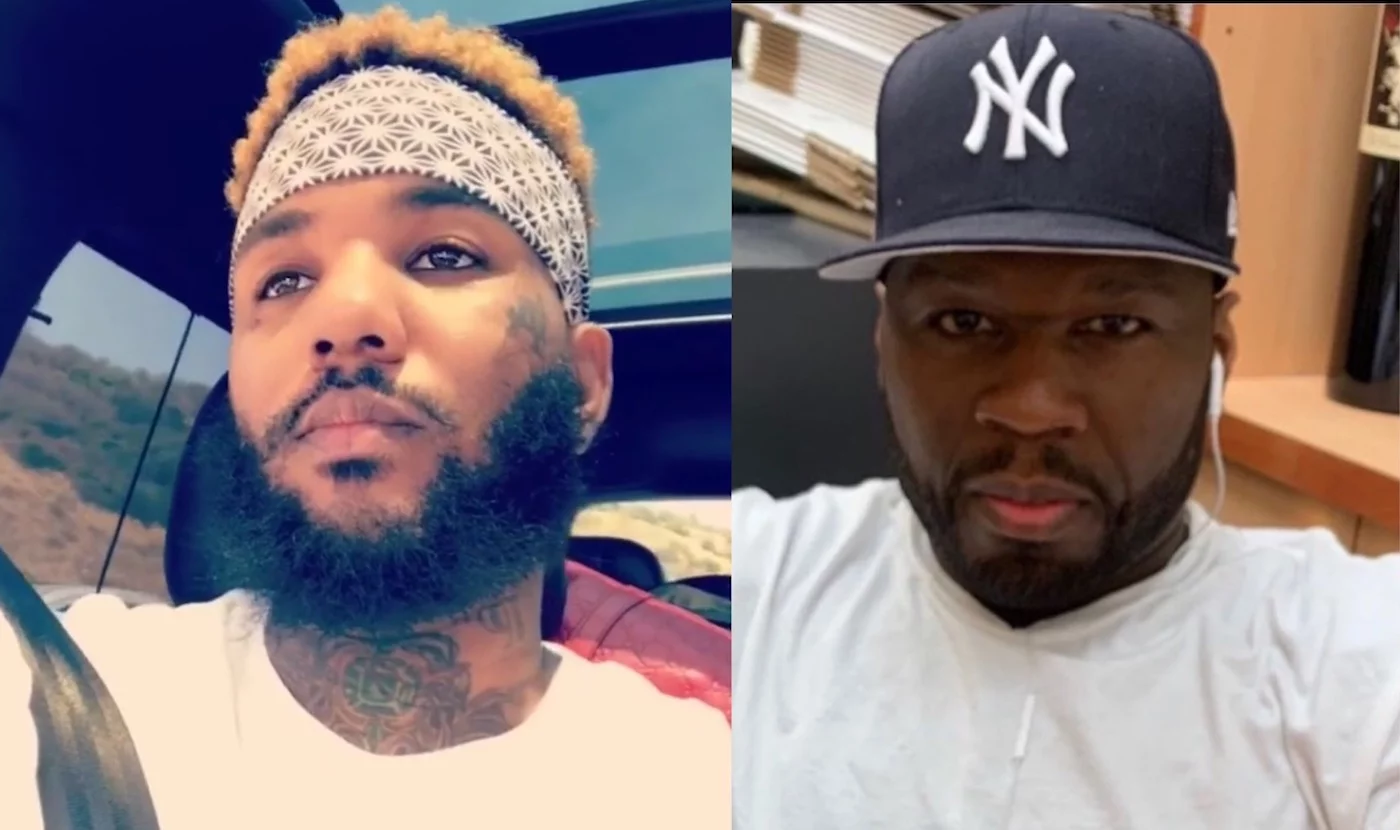 50 Cent says The Game threats are making him nervous.

The New York rap titan has finally won his first Emmy award after years of cussing out the award organization for snubbing him. 50 Cent, along with Dr. Dre, Snoop Dogg, Mary J. Blige, Eminem, and Kendrick Lamar, all won an Emmy for the category ‘Outstanding Directing For a Variety Special’ for their Super Bowl LVI Halftime Show in February 2022.

50 Cent had an unusual way to celebrate his latest win as he trolled his arch-nemesis, The Game, shortly after it was announced that he won. “I just won an Emmy award [applause emoji] for the Super Bowl half time show LOL,” the rapper wrote on his Instagram account late on Saturday night.

He also made a quick post and deleted where he shared an angry and crusty-looking photo of The Game. “No Caption needed,” he wrote.

The post was a jab at The Game, who popped out to troll 50 Cent about his weight gain at the Super Bowl. During the rapper’s performance, The Game re-ignited his beef with 50 Cent as he shared a photo of 50 Cent laying upside down alongside a photo of a plump rotisserie chicken. In later comments, The Game had expressed that he was upset that he was not invited by Dr. Dre to be part of the set as one of the biggest rappers in Los Angeles, where the Super Bowl was held this year.

Since February, the rappers have traded shots back and forth.

Saturday night, it was no different, with The Game swiftly hitting back with a picture of 50 Cent as he pointed out the rapper’s expression.

“#SpicyAssN***a #WhatYoEyeBrowDoin ? Lol #YoTieBlowingInTheWindlol,” he said as he laughed at a photo of 50 Cent from back in the day.

The King of Petty, aka 50 Cent, also came back with a response and a hilarious meme to boot.

Well, 50 Cent took it there as he called out The Game on his abysmal album sales for his latest drop Drillmatic which The Game previously teased as the best album of his career. The beef didn’t end there as the Los Angeles rapper took a few more shots at 50 Cent during his show over the weekend in Houston.

Fifty quickly responded on Twitter writing, “oh no, you making me nervous now you know it’s not safe around me [laughing emoji] when i’m nervous LOL.”

👀oh no, you making me nervous now you know it’s not safe around me 😆when i’m nervous LOL • https://t.co/jnbpt4Vpb3 pic.twitter.com/ZCzgpjEiAV

In any case, congrats to 50 Cent, who has shaken up the television world. The rapper had previously blasted the Emmys for snubbing his primetime drama ‘Power’ which has one of the highest viewership on Television.

Hopefully, the Super Bowl is the door that the rapper turned producer needs for more recognition.