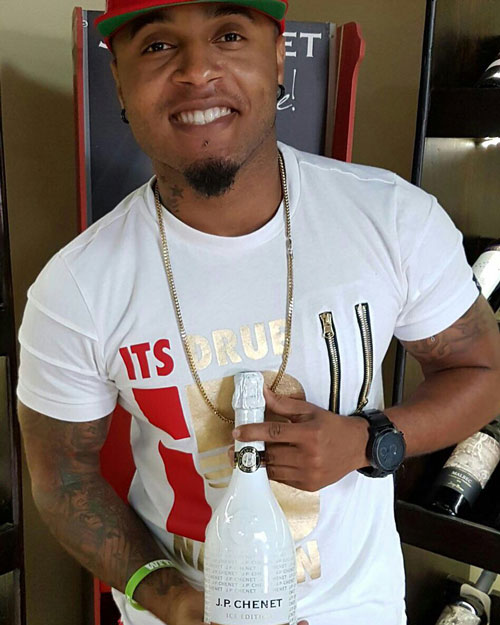 Port-of-Spain, Trinidad. September 9, 2016 – The Caribbean is shining in a major way today, this as US chart topper, DJ Khaled dropped the video for his single, ‘Album Done’, which features the iconic US rapper, Nas. In the almost 9 minute long video, one of Soca’s most requested young acts, Ricardo Drue hears his voice penetrating, something he never imagined would happen, in a million years.

The song and subsequent video is part and parcel of the US hitmaker’s ‘Major Key’ album, which soared to the top of the Billboard 200 chart when it debuted in August. Now, follows up with this latest video, much to the anticipation of not just fans of rap music, but fans of urban culture. A few weeks ago, there was excitement on social media net works when video snippets of Khaled dancing to Drue’s ‘Vagabond’, on the set of the video production, emerged. There was no indication however, that the soca track would make its way into the actual video.

Today, a proud and ecstatic Ricardo Drue says he remains humbled and hopes this inclusion by Khaled, who is, by all accounts, one of the most respected people in the music industry today, helps push Soca music further, faster. “We’ve been making some amazing strides. All artistes are on board and we’re all doing what we have to, to show the world that there is greatness in this genre. I’m glad to see that DJ Khaled felt the energy and sweetness of our music. Hopefully the world will follow suit,” he said.

Ricardo’s been enjoying great success in the Caribbean and overseas. Ahead of Carnival 2017 in Trinidad and Tobago, the Roy Cape band front – line, has delivered two major singles, “ID or ‘Stamp Yuh  Name’” and “Drink Up” with Barbados King Bubba. Both tracks have been hitting the air waves sharply in recent weeks in Trinidad and Tobago .