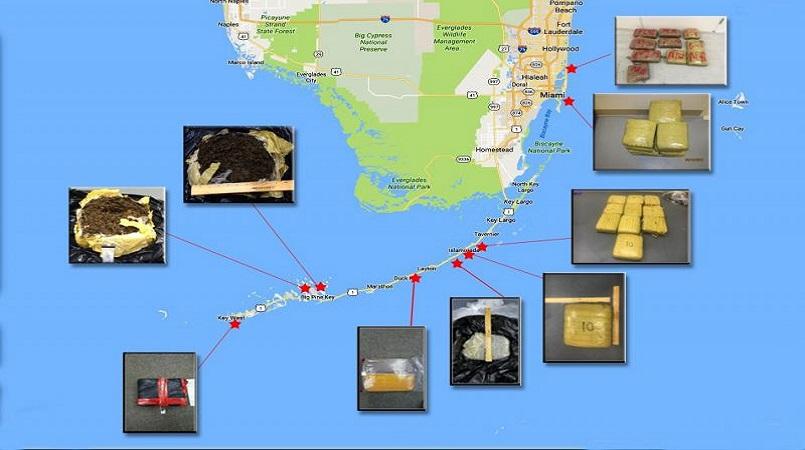 More than a quarter-million dollars’ worth of marijuana is floating off Florida’s coast and is being washed up onto its beaches, according to US Customs and Border Protection (CBP).

In an issued release on Monday, October 17, the CBP stated that persistent cross-border drug smuggling by transnational criminal networks is having an unintended consequence as illegal narcotics are washing up on shores and discovered floating off the coasts of Florida.

In a span of 27 days, from September 15 through October 12, Border Patrol agents, in conjunction with US Coast Guard, recorded 15 separate drug seizure events where nearly 400 pounds of marijuana were found in different areas near the Florida Keys and the eastern Florida coastline.

“There has been a significant spike in drugs washing up on shore,” said US Border Patrol Miami Sector Division Chief, Todd Bryant. “This is at least partially attributable to improved partnerships across the state but potentially also to a shift in smuggling methods.”

Public safety is paramount to the CBP, and we want civilians to know proper reporting procedures if they find a package like those pictured.

“If you are out on a boat or on the beach and you see a suspicious package, call local law enforcement immediately.  Attempting to keep the suspicious package can place you in danger, as violent criminal networks will attempt to recover their narcotics,” said Bryant.

While investigations into how the contraband got there continue, the CBP warned the public that anyone who finds suspicious packages on the beach should call law enforcement right away, and should not take possession of them.