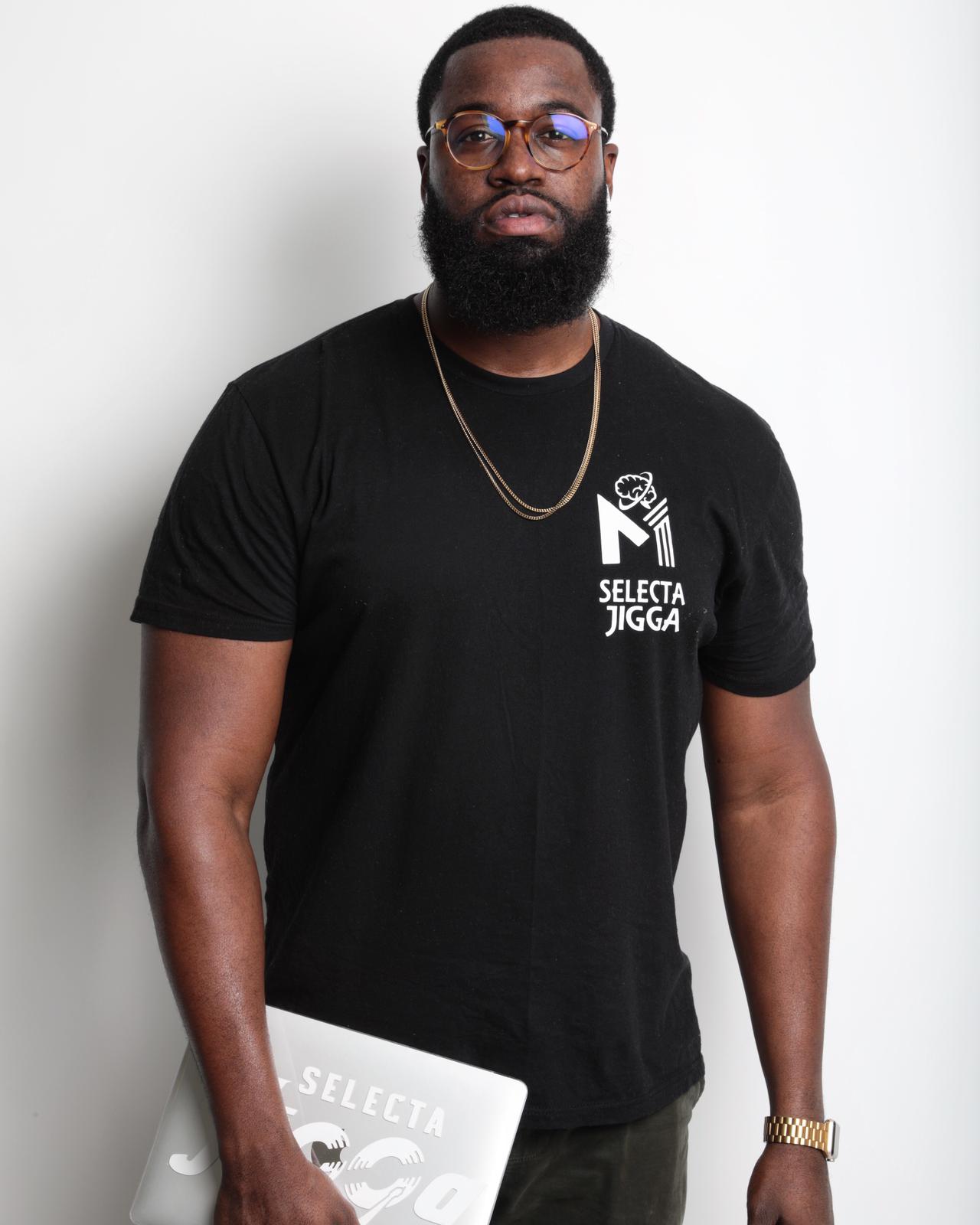 Selecta Jigga is a 17 year international disc jockey residing in Brooklyn NY. Raised in the beautiful island of Antigua and Barbuda by a strict Guyanese family, Selecta jigga’s versatility was fostered at an early age. Starting off as an avid music collector at 14, he learned on an old school Denon cd mixer (before the sync button existed and before cues could be saved). These fundamentals gave him a firm foundation, and made it easy to transition from analog to digital;  Atomix, virtual DJ, then subsequently to Serato.

His dj career began in 2007 and quickly took steam in the collegiate circuits. Starting at colleges in Pennsylvania and quickly expanding to colleges across the East Coast, college gigs fostered touring and traveling. Numerous college tours between 2009 and 2014 catapulted Selecta Jigga into cross country travel to play at step shows, clubs, events, concerts and festivals alike. During this time, he began to do destination gigs such as weddings and private events both local and abroad. His international portfolio is vast, with appearances in five of the seven continents in the world —  Spain, Egypt, Germany, Guyana, Belize, Dubai, Bali, several caribbean islands, and the list continues. He holds several international residencies including the Dubai Experience to which he is 4 years strong and is a core committee member.

Genre wise, Selecta Jigga plays a wide range of music; Dancehall & Reggae, Soca, Hip Hop, EDM, House, Trap and even reggaeton. Versatility enables him to adapt based on the specific gig at hand.